N Brown’s lowest level of customers in arrears is a sign of a turn in the economy, said N Brown chief executive Angela Spindler. 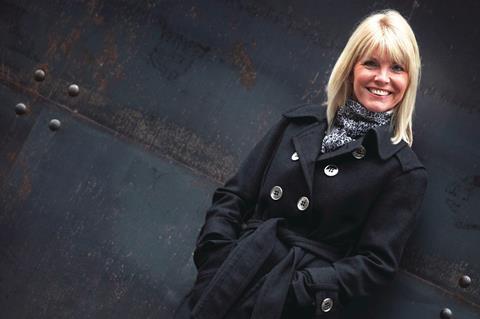 N Brown, which is known for its customer credit facility, currently has its lowest level of customer arrears on record, which Spindler said is a positive indicator of a turn in the economy following a prolonged period of downturn.

“That speaks to two things: people are feeling more able to pay down their debts, but also the customer attitude to indebtedness. They want to stay on top of it and they’re not overstretching,” she told Retail Week. “This is an interesting reflection in terms of economic indicators.”

N Brown have also introduced cash customers in the last year, and Spindler said these customers have a higher order value and a lower rate of returns – 30% of credit customers return items, compared with 24% of cash customers. “That is a really important dynamic for online retailers due to the costs associated with returns.”

Reflecting on the upcoming election next week, Spindler said a coalition government may have a knock-on effect on consumer spending, depending on how long the uncertainty lasts for.

“It will be a bit of a distraction and a headline grabber and shopping tends to be impacted, but for us I don’t see it being a particular driver one way or another,” she said. “But a period of uncertainty is never good for consumers, as long as it gets resolved quickly. It’s interesting and there will be comment and speculation that will take the light off new product launches.”

N Brown this morning reported a profit loss of 21% as it completed the first year of its three-year modernisation programme. Spindler said there had been a lot of change in the last year, but the “hard graft” has been done and the company is starting to see “green shoots” of recovery following posting a profit warning towards the end of last year.

“We did a lot of our stock and investment [leading up] to September and we also coupled that with the relaunch of JD Williams, and that’s what nearly killed us,”

She said making the shift from a catalogue-led retailer to becoming digital first was the right thing to do, but margins were hit because a substantial amount of the change was made during N Brown’s peak period of September to December last year.

“We did a lot of our stock and investment [leading up] to September and we also coupled that with the relaunch of JD Williams, and that’s what nearly killed us and caused the profits issue,” she said, saying that £13m could be put down to this “self-inflicted” change.

This combined with the warm autumn season led to the profit warning.

“Not only did we miss our forecast substantially, we had to then clear that stock which created a real margin head wind in Q4,” she added. “We sold blouses and shorts instead of heavyweight knitwear and coats.”

“It was 50/50 – half was a result of the changes we chose to make, but we’d make them again, and no one could have anticipated the weather impact.”