Retail Week looks ahead to the next seven days in the industry with updates from WHSmith, N Brown and Ted Baker on the agenda. 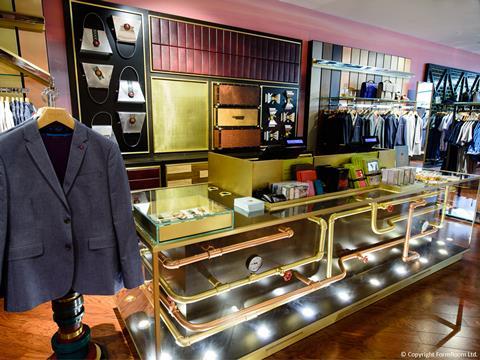 The upmarket fashion retailer will post interim results on Tuesday. Ted Baker will be looking to continue its strong momentum after annual profits and sales jumped nearly 20% in its last full year.

In its most recent quarterly update, Ted Baker revealed a 13% uplift in sales, despite “challenging external trading conditions”. Founder and chief executive Ray Kelvin said Ted Baker’s success was a reflection of the “strength of the brand and the group’s business model”.

The industry will be keen to see whether Ted Baker can sustain its brand strength in what is shaping up to be a particularly tough year in the fashion sector.

The fashion retail group, which owns brands including Simply Be, Jacamo and JD Williams, is due to post interim results on Tuesday.

The plus-size fashion specialist said it has felt the impact of a “challenging market backdrop” so far this year, reporting a 1.6% slide in product sales in its first quarter.

But, in the period that brought disappointing updates from a slew of fashion retailers, including Next, John Lewis, French Connection and Primark, will N Brown buck the trend?

The stationery retailer posts preliminary results on Thursday. In WHSmith’s pre-close update, chief executive Steve Clarke said he expected profits to be in line with expectations.

However, in its third quarter, like-for-likes at its high street business were down 3%.

WHSmith’s travel division, with includes stations and airports, has proven to be more fruitful, perhaps owing to the strength of the food-to-go category. But with the falling value of the pound, the city will be looking to see if there has been a ‘Brexit effect’ on its operations in international locations such as airports.

WHSmith said the craze of adult colouring books and associated spin-offs such as extreme dot to dot helped it deliver “particularly strong” stationery sales at its interims in April. Whether or not this craze has enough weight to counteract the effect of falling footfall on the UK’s high streets will also be a topic of great interest next week.