Retail Diary: Venters vents Venice frustration and Harrods is out of Africa 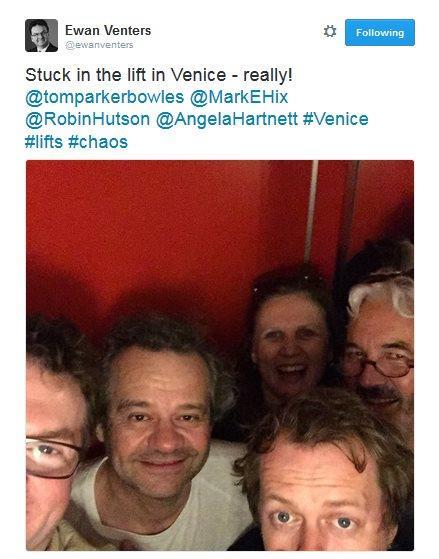 The life and times of Ewan Venters. Last month he was tweeting images of his encounter with Dame Barbara Windsor, who celebrated her honour from the Queen at Fortnum & Mason’s tea salon. Fast forward just a couple of weeks and Fortnum’s boss took to social media again to cure his boredom after becoming stuck in a lift. Venters was sharing the elevator in Venice with chefs Mark Hix and Angela Hartnett, food critic Tom Parker Bowles and hotelier Robin Hutson. Given their collective love of food, we’re sure they would have passed the time by chewing the fat. 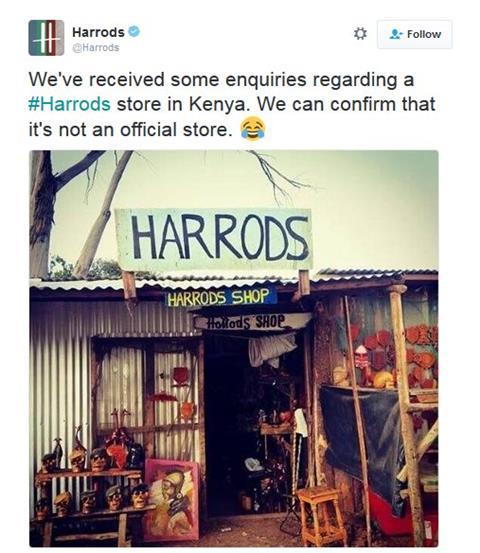 Harrods is out of Africa

Luxury department store Harrods has expanded into Africa after opening a store in Kenya – or has it? The retailer took to Twitter to set the record straight after claiming it had “received some enquiries” from potential customers about an apparent store in the East African nation. Harrods posted an image of the shop, made from corrugated metal, as it jokingly confirmed it was not an official store. Judging by this picture, the challenge of shifting its skull-themed ornaments could be providing the owners with a bit of a headache.

JD Sports boss Peter Cowgill was on jovial form when we spoke to him this week after the retailer unveiled record profits. But JD’s onward march wasn’t the only reason for Cowgill’s high spirits. His beloved Manchester United had secured their place in the FA Cup semi-finals the previous evening by knocking out West Ham. Not only that, but JD advertising was plastered all around the perimeter boards for the game at the Boleyn Ground, ensuring maximum exposure. Can the current fortunes of JD rub off on an otherwise lacklustre United? Cowgill will be hoping so.