British retail sales growth slowed in June after reaching its highest point for five months in May, but retailers remain optimistic about summer. 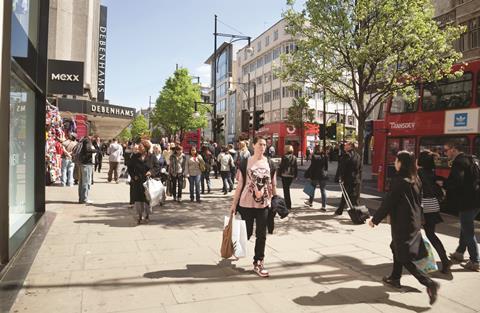 Retail sales growth eased as 44% of respondents to the CBI’s latest Distributive Trades Survey said volumes were up on a year ago, compared with 60% in May. 15% of retailers said sales volumes were down in June, giving a balance of 29%.

That marked a slowdown in sales growth on the previous month, when there was a positive balance of 51%. It also meant sales volumes were well below the expected balance of 58%.

“Even though growth slowed slightly this month, retailers are not letting that subdue their hopes for the season”

The measure of expected sales for the month ahead also fell after hitting a 27-year high in May, the survey of 131 businesses found 38% of retailers expect sales volumes to grow in July, while just 5% expect them to fall, giving a balance of 33%.

The volume of internet sales in June also slowed, with a balance of 32% of retailers saying they had grown during the month. Expectations had been of a 49% balance.

The volume of orders placed with suppliers grew to a balance of 15%, but this was also well below expectations of 41%.

CBI Distributive Trades Survey chairman and Asda chief customer officer Barry Williams said: “Summer is a time of optimism for retailers and this year is no different. Even though growth slowed slightly this month, retailers are not letting that subdue their hopes for the season.

“Low inflation – expected to stay below 1% throughout this year – has given customers more discretionary income. The power of the pound in their pocket is going further and shoppers are spending more on treats, like flowers and jewellery, as well as on activities with their families.”