The proportion of retail chief executive vacancies being filled by women plunged 40% last year, according to new figures.

Less than one in six of all retail chief executives hired in 2015 were female compared to one in four last year, recruitment firm Korn Ferry’s Retail CEO Tracker said. 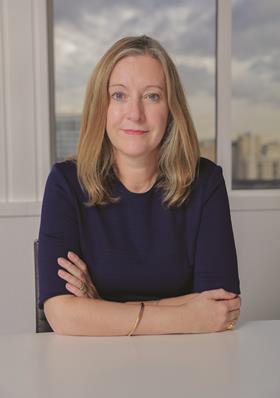 Just 15% of the 45 retail chief exec hires in 2015 were women, including Halfords’ appointment of Jill McDonald. That compared to 25% of the 32 chief executive vacancies being filled by women the previous year.

It comes despite calls to improve the number of women in senior executive positions across retail and the wider business sector.

The Davies Report has sparked improvements in gender diversity on non-executive boards, but the same results are yet to be seen at executive level.

This issue is “pronounced in grocery retail”, Korn Ferry said, a sector in which no women hold a chief executive position.

Sarah Lim, head of the consumer practice at Korn Ferry, said: “Because female customers control the vast majority of spending with these grocery retailers, we anticipate that addressing the gender imbalance at executive level, with effective succession planning and career development will become a higher priority.”

According to Korn Ferry, the overall number of retail chief executive appointments surged 41% last year, with the fashion and luxury sector responsible for almost half of those.

Asos, Jack Wills, Mulberrt and Jacques Vert were among the businesses who drafted in new bosses.

The proportion of retail chief executive vacancies being filled by internal appointments jumped to 40%, compared to 28% in 2014.

That drove a jump in the number of vacancies filled by first-time retail bosses, as 13 people without previous chief executive experience took top jobs in 2015 – 29% of the total new appointments compared to 22% in 2014.

Korn Ferry also found that 78% of new chief executives hired by UK retailers were British, down from 91% the previous year.

“Consistent with the growing importance organisations are putting on carefully managed succession planning, we now see longer transitions between chief executives. In 2016, we already know that both Rob Collins and Steve Rowe will start their new roles as chief executive officers of Waitrose and Marks & Spencer respectively, both resulting from internal succession management processes.”