As the shortlist for the Retail Week Awards 2017 is unveiled, we look back at 2016’s winners. First up, Marketing Campaign of the Year - Sainsbury’s Christmas ad.

Sainsbury’s ad was controversial but successful.

High-impact advertising has become almost as synonymous with Christmas as turkey and brussels sprouts. 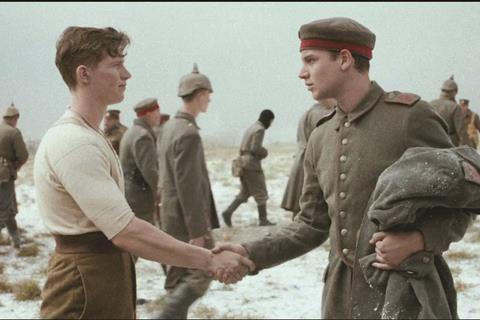 The intense competition retailers engage in to win crucial Christmas spend has produced some spectacular campaigns over the years.

So, as the grocery industry assessed how to deal with additional factors such as the rise of the discounters, the seasonal stakes were as high for Sainsbury’s as for its competitors.

The grocer opted to do something that took it far beyond the normal festive bonanza. It had to win the hearts and minds of the nation.

The campaign Sainsbury’s came up with was memorable, emotional and, ultimately, successful although it entered controversial territory.

“Sainsbury’s brought back emotion into their adverts. I don’t think the supermarkets always advertise that well at Christmas but Sainsbury’s have done that very well with this advert”

Timed to coincide with the centenary of the outbreak of the First World War, Sainsbury’s advert depicted the famous Christmas truce of 1914 – a moment when soldiers from both sides downed arms, left the trenches, and shared a moment of peace together.

Working with the Royal British Legion – with which Sainsbury’s has a long-running partnership  – the retailer set out to show the “ultimate expression of sharing at Christmas”.

The judges considered the campaign a resounding success. One judge said: “Sainsbury’s brought back emotion into their adverts. I don’t think the supermarkets always advertise that well at Christmas but Sainsbury’s have done that very well with this advert.”

Within 24 hours of the advert going public it had been watched 1 million times. It set social media ablaze and reached hundreds of millions of people across the various platforms.

Good cause and ROI

What impressed all of the judges was not just the boldness of the initiative, but its contribution to the retailer’s commercial performance that Christmas.

Sainsbury’s raised money for the good cause by selling an exclusive chocolate bar featured in the ad over the Christmas period.

All profits from the chocolate – 50p per unit – went to the Royal British Legion, to the UK’s “armed forces and their families, past and present”.

As one judge put it: “The numbers are great in terms of return on investment and the increase in the charitable element is mightily impressive.

“It was a strong entry and it was a really great move at that time of year. It was a high-risk strategy but they mitigated that with lots of research and they did something different.”

It was a striking campaign from Sainsbury’s, which caught people’s imagination, stuck in the memory and delivered results.

MasterCard is a technology company in the global payments industry. We operate the world’s fastest payments processing network, connecting consumers, financial institutions, merchants, governments and businesses in more than 210 countries and territories. MasterCard’s products and solutions make everyday commerce activities – such as shopping, traveling, running a business and managing finances – easier, more secure and more efficient for everyone.