Apple is suing Amazon over its use of the name ‘App store’ to attempt to stop the online retailer from using the term. 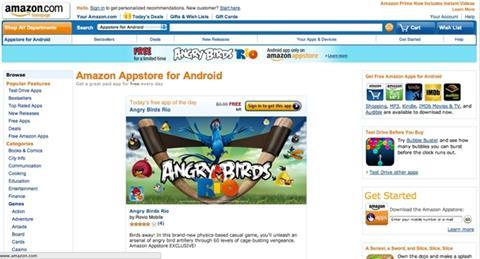 Want to know more about Amazon?

Amazon has been using the name App store for its mobile software development program and now uses it in its ‘Appstore’, a virtual store for apps for Android-based devices. In a lawsuit filed last week in California, Apple asked for an injunction to stop Amazon using the name and claimed damages, according to the Telegraph.

An Amazon spokeswoman said the company does not comment on pending legislation.

The Amazon Appstore launched on Tuesday with some of the retailer’s usual features, including customer reviews and recommendations based on past purchases. It also added new functions, such as the ability to test an application through a standard PC web browser.

Apple and Amazon have been competing more directly over the last few years. Like Amazon, Apple now sells e-books and has been selling digital music and films through iTunes for several years.

Apple has been using the App Store name since July 2008, when it began supplying apps for iPhone and iPod touch.

In January, Microsoft challenged the registration of App Store as an Apple trademark, arguing that it was too generic. That challenge will soon be reviewed by the US trademark appeal board.