Apple is a US technology firm that began establishing its own network of retail stores from the late 1990s as it sought to achieve greater control over the marketing of its products. 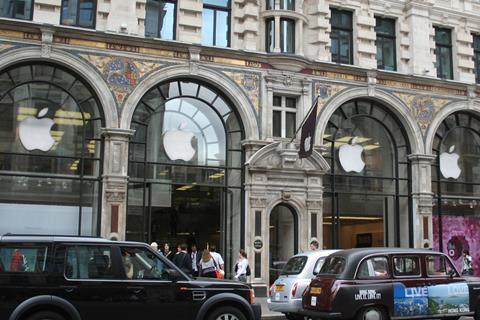 The company opened its first Apple store in the UK in 2004 and currently trades through just under 40 outlets, including two large flagships in London. Globally, there are over 500 stores.

Apple’s retail division was overseen by Angela Ahrendts, who spearheaded the transformation of Apple’s flagships to ‘town square’ layouts. Ahrendts left the business in April 2019, however, with former HR boss Deirdre O’Brien expanding her role to become senior VP of retail and people.

Having recovered recovered strongly in FY2019, UK sales slumped 19.9% to £1.10bn in FY2020 on the back of pandemic-related temporary store closures.

Prior to the latest year, sales had been bolstered by ”a change in product mix and increase in product demand”, as well as the reopening of the refurbished Covent Garden store at the beginning of the FY2019.