Thorntons to revamp stores after poor trading hits its performance

Thorntons is to spend up to £6m into refitting 75 stores over the next three years to improve performance after profits plummeted. 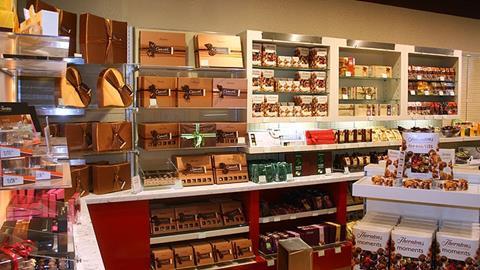 The ailing chocolatier is to improve store layout, displays, lighting and merchandising as part of the revamp.

The retailer reported that pre-tax profit plunged from £8.4m to £3.1m, as poor trading and promotions hit performance. After stripping out £2.4m of exceptional items, profits fell to £618,000, largely due to onerous leases.

The retailer is to explore opportunities to close a further 60 company-owned stores on top of the 120 closures already revealed in June, as it struggles with an underperforming estate.

At present Thorntons has 344 company-owned stores and 230 franchises. It aims for an own-store estate of 180 to 200 shops and further franchised shops.

Thorntons expects its commercial arm to become its main sales channel in the next three years. Sales in the division grew 6.9% to £48.3m.

Franchise sales fell 13.4% to £6.7m in the period. The ailing retailer has slashed the prices it charges franchisees to encourage greater take-up.

Partners now only have to pay £1,000 up front rather than £5,000 and can trade from a new “mini franchise format” in smaller shops.

The retailer insisted that its brand still appeals to franchisees. “In a weak market our brand continues to give strength and share,” Hart said.