Andrew Shakespeare, head of ecommerce at womens etailer Finery, extols the virtues of “effective use of data”. 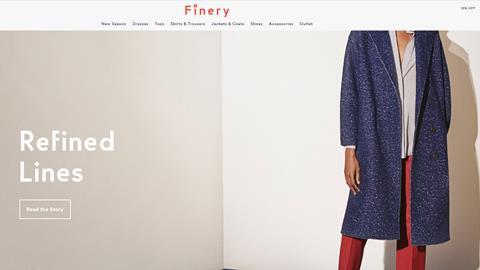 Launched in February 2015, fashion etail Finery has put its growth down to making decisions based on data-led insights.

“We’ve been able to achieve a significant amount of growth in a short space of time thanks to our effective use of data,” said head of ecommerce Andrew Shakespeare, speaking in the Connecting theatre at Retail Week Live.

Shakespeare claimed the key to the etailer’s success was centralising its data. “Get it all in one place so you can analyse it,” he said.

He summed up the benefits of centralising data as allowing “you to make more decisions based on robust analysis rather than guesswork and to get a better understanding of your business. It gives the power back to the decision makers to choose the information they need.”

He went on to advise retailers to “set you data free – move away from the world of daily and weekly reports. Decision makers in your business need to have direct access to your data.”

His final recommendation to retailers was to “automate your decision making”, adding “it allows you to focus on the logic and reason behind decisions rather than the individual decisions themselves”.