Almost half of grocery shoppers keen to embrace wearable technology

Research by IGD has found 43% of shoppers could imagine using wearable technology in the future to shop for food and groceries. 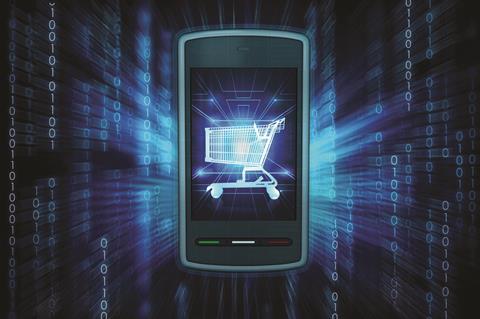 Some 62% of food and grocery shoppers said they would be interested in getting offers in-store sent to a wearable device, with 61% interested in using it to redeem or collect loyalty points.

The study found that shoppers would also be keen to use their smartphones when grocery shopping, with a particular emphasis on using the technology to stick to a budget and search out the best deals.

Some 41% of those surveyed would like to scan items with their phones while shopping to keep a running total and speed up the checkout process.

Of those surveyed, 39% said they would be interested in being alerted to special offers when they’re in different parts of the store on their phone, while 36% say they already do or would like to use their phone in-store to see if somewhere else can offer a better price.

IGD chief executive Joanne Denney-Finch said: “Savvy shopping tactics are now the norm, which has enormous implications for any upcoming digital technology that can tap into this trend.

“We are operating in an increasingly multichannel environment, with half of shoppers now believing it’s more convenient to shop around and use different formats for their grocery shopping – including digital and online.

“However, according to our latest ShopperVista research, there is evidently a gap between what shoppers tell us they would like to use their smartphones and mobile technology for, versus what they actually do.

“Our research showed that 58% of shoppers prefer a paper coupon or voucher to keep in their wallet or purse, versus 32% who would prefer a virtual coupon on their smartphone.

“There will come a tipping point when the food and grocery industry will have an enormous opportunity to take the lead in this field, by ensuring we are creating innovative, practical uses for mobile and wearable technology that will help to make life as easy as possible for shoppers.”