Taylor Swift has threatened legal action against Etsy sellers who are using her trademarks to sell products on the online marketplace. 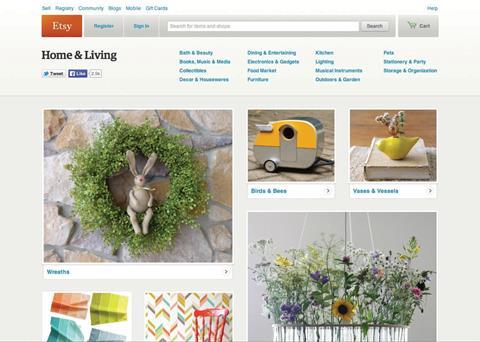 A number of Etsy products using the singer’s trademarked lyrics have been removed from the website, following threats of legal action, Buzzfeed reported.

The singer-songwriter owns trademarks covering lyrics and logos that cannot be used by third parties without her permission. It is understood Etsy sellers have received cease and desist letters for doing so.

Charlie Winckworth, an intellectual property partner at Hogan Lovells, said securing a trademark in the UK is much more difficult than it in the US.

“Of course it is very rare that there is a definitive determination on infringement, and so a strongly worded letter from a law firm or rights management agency is likely to be enough to persuade the likes of Etsy to pull the listing – after all, it’s not worth their while getting caught in the middle.”

He said: “One point that rights holders have to be very careful of – and particularly those overseas who will not be live to the point – is that serving a take-down notice and having a listing pulled from a site such as Etsy could amount to a threat under the UK Trade Marks Act. What that means is that if your trademark turns out not to be worth the paper it’s written on, the rights holder will find themselves on the wrong end of a claim form; a nightmare not dressed as a daydream.”

Swift has been known for cracking down hard on internet sites that stream her music and videos. For example, Swift does not allow YouTube to feature her full albums, only certain tracks.

Swift’s action came after pop star Rihanna won legal damages from Topshop after it was ruled that the retailer used her image on a T-shirt without her permission.