The retail industry and its home-delivery partners are no stranger to dates in the calendar that have been designated a colour.

With Black Friday continuing to grow in popularity, much of the year is spent preparing for the weekend that is famous for large discounts.

At the beginning of this week we experienced Blue Monday, which is considered to be the ‘most depressing day of the year'.

As the holiday festivities draw to a close, many people will be feeling the effects of abandoned new year’s resolutions and the miserable weather.

It’s also a time of year when employees can traditionally feel less motivated at work, so it is the role of HR to ensure that teams remain engaged.

By taking proactive steps – such as the ones below – businesses will reap the benefits.

It’s vital for organisations to take the time to recognise the achievements of their employees and reward them appropriately – however, this can stretch beyond performance reviews and salary increases.

Businesses that take the time to acknowledge staff, especially at busy times, will benefit from improved engagement.

For instance, we once again launched our ‘peak treats strategy’ for depot staff during the busy festive period.

We ensured our colleagues received access to massages, pizza deliveries, discounted memberships to local gyms and retail outlets, among other initiatives.

We believe that this approach played a part in helping us to achieve our most successful peak to date this year.

Businesses that include their staff in corporate social responsibility (CSR) initiatives are likely to see an increase in employee engagement.

During December, we hosted our 25 Days of Giving charity giveaway at our Leeds HQ, where team members were selected at random to receive donations for their chosen charity.

We also took part in a number of collections over the festive period, including donating to Radio Aire’s Toy Appeal, Leeds South & East Food Bank and St George’s Crypt, a homeless charity. 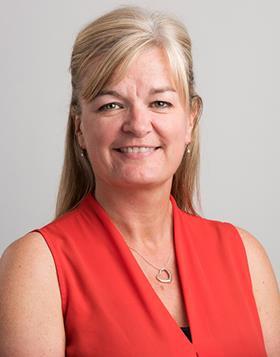 We were extremely proud to see just how many of our team members contributed and made a difference to local people in need.

So while January may be considered the gloomiest month of the year, it also provides the perfect opportunity for a fresh start and the chance to evaluate what plans your business has in place to drive employee engagement in the year to come.