In 2018 store design will mean more than just good-looking shops, as retailers adjust to the reality of uncertainty for the foreseeable future.

Given that 2018 is just around the corner, now is a good time to take stock as far as store interiors are concerned.

Once the Christmas bunting is finally removed, the blueprints for new stores, currently in embryo in retailers’ design departments, will begin to become a commercial reality and it is reasonable to suppose that things may be a little different from this year.

The reason for this is straightforward. Uncertainty is everywhere and retailers will need to be able to react at speed to the external economy and to what others in their backyard are up to.

On this reckoning, the days of the big store design, complete in every detail from fascia to fitting rooms, may well be coming to an end. We live in uncertain times and perhaps this should be mirrored when it comes to creating a new store. 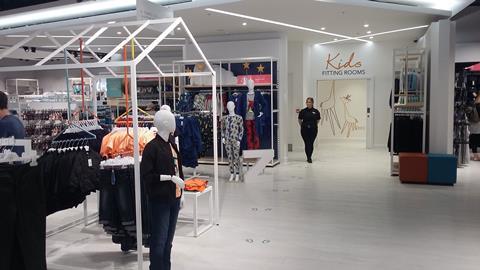 Uncertainty has to mean flexibility, and this looks set to be one of the key terms that will be used in store design briefs in 2018.

Speaking to Retail Week this month, Debenhams boss Sergio Bucher said one of the requirements for the new store that opened in Stevenage in August was that reconfiguring it should be possible and relatively easy.

Practically, this meant a store with no mid-shop walls and one in which branded areas can be created, without making it difficult to see what else is on offer.

This view of ‘flexbility’ is largely about in-store navigation, less by signage and rather more by letting the stock do the talking.

Follow this line and it is also clear that it will be less expensive to implement, as money can be saved on ‘telling’ by showing shoppers what is where in the shape of the merchandise.

There is a danger that flexible fit-outs may become the ‘experience’ of 2018, a word that is used by many and which has come to mean not a great deal.

For the moment at least, however, flexibility is a word that is both precise and useful in a store design context.

This is the term that every retailer overused in 2017 and which turned out to mean anything from a slightly better fitting room to an appearance by Gwen Stefani as she plugged a new album.

This does rather beg the question, what is an experience? The short answer would probably be: something that will stick in the memory and which may persuade the shopper to come back to a store in the future.

“‘Give me a reason to come back to your store’ is a perennial shopper demand, and it is for this reason that Selfridges is always cited when it comes to ‘experience’”

‘Give me a reason to come back to your store’ is a perennial shopper demand, and it is for this reason that Selfridges is always cited when it comes to ‘experience’.

It certainly deserves the accolade. In contrast, putting an experience desk in a store or hoping that an in-store coffee bar will be rewarded by shopper loyalty may well be a vain hope.

For 2018, therefore, savvy retailers will be looking at experience in the way it was originally viewed, and shops may be the better for it. 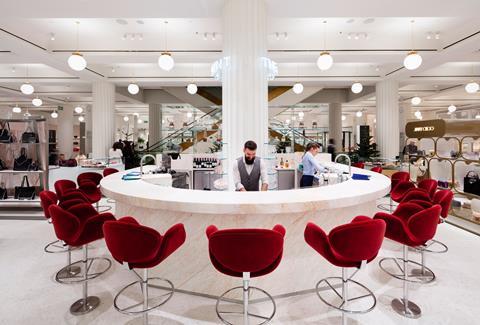 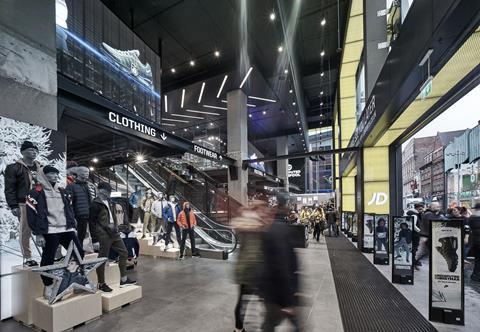 JD Sports in Liverpool makes good use of screens

Screens that are higher-resolution and allow you to look into and out of a shop feature in the newly enlarged JD Sports store in Liverpool. This is tech that entertains and which serves to make a store visit more interesting.

As such, it is unusual as much of the tech that has been installed over the past decade has been little more than an expensive distraction, ensuring that customers are even more sluggish in getting their wallets out.

The sensible reaction to all of this is to make sure that your visual merchandising is up to scratch and that the tech that is used is deployed in a manner that improves a shopping journey.

All of which is somewhat easier said than done, and some retailers are beginning to arrive at the conclusion that customer-facing tech needs to be seen to be earning its keep or not bothered with.

The forthcoming year will see a focus on the way a store looks, instead of the way it looks on an in-store screen. 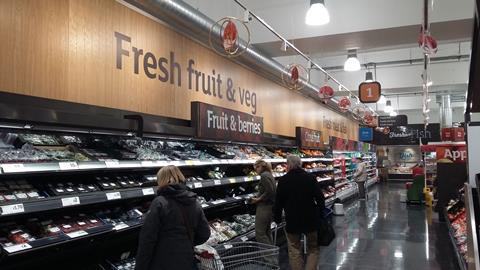 Sainsbury’s has jumped on the ‘market feel’ bandwagon

It’s not often that supermarkets can be seen to lead the way when it comes to store design as they are such a different beast from the rest of retail.

One of the elements that is likely to be imitated in 2018, however, is the ‘market’ mentality that has swept across grocery retailing from Aldi to Waitrose.

Non-food retailers could do worse than take a peek at some of the newer-look supermarkets (the revamped Sainsbury’s in Pimlico is a case in point) to get pointers on how to create a market in a store and how much more appealing it is.

This is likely to translate beyond the grocery arena as a greater importance is placed on good old-fashioned graphic packages around a store – these are the elements that really create a mood and which are quickly replaced in order to offer flexibility.

Low-level equipment and the chance to touch and feel will be part and parcel of a trend that is already being embraced by Flying Tiger Copenhagen and beauty retailers en masse. Those that can pull this off effectively will find an improved prospect in 2018.

5. Warehouse retailing will be no more 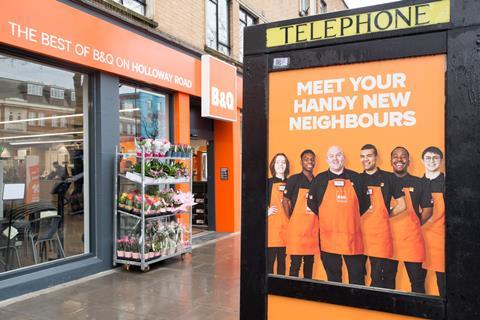 From Toys R Us to the majority of edge-of-town furniture retailers, there is a strong possibility that one of the trends of 2018 may be the continued erosion of large warehouse-style retailing.

The notion of having huge amounts of product displayed in very large spaces was fine in a world where the internet didn’t exist, but if you want an endless aisle, shoppers need look no further than their laptops or mobiles.

Warehouse retailing sounds fine in principle – free parking and easy access by car – but increasingly it seems likely that it will be posited on low(er) price, and that may be about it.

“There are a number of categories for which this form of retailing will probably continue to function, with DIY and consumer electronics being foremost, if only because these are areas where advice in-store may be needed”

There are a number of categories for which this form of retailing will probably continue to function, with DIY and consumer electronics being foremost (although even B&Q is experimenting), if only because these are areas where advice in-store may be needed.

If it’s just about choice, however, things may appear a little bleak for retail park operators and retailers.

Store design teams working in this part of the retail spectrum will need to think hard about the nature of the experience that is being offered to shoppers.