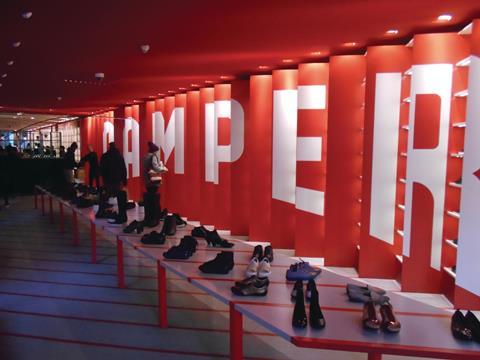 One of the things that characterises some of the most arresting chain stores is that each branch may be part of the group, but every one is different. Yet if you took the name off the door, a series of signature elements would make you understand exactly where you are.

Spanish footwear brand Camper has a different blueprint for every store and this one, in the downtown area of SoHo, in lower Manhattan, is a particularly arresting example.

From the outside, shoppers will see an outsize sign composed of a series of louvres each of which has a letter and collectively they spell out the name of the store.

The clever bit is that because each stands proud of the right-hand perimeter wall along which they are arranged, the reverse side of each plays home to backlit shelves, providing additional display space that would not be immediately apparent from the street. It’s a simple trope, but a highly effective and practical one.