Kingfisher is revamping its Polish business to focus on higher-margin, aspirational products as the DIY group ramps up its own-brand offer in the country. 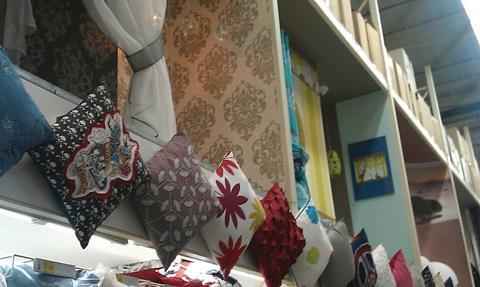 Castorama Poland, which represents the third largest source of profit for Kingfisher after the UK and France, is introducing an expanded lighting range, soft furnishings and room sets into new-format stores designed to appeal to an emerging Polish consumer seeking inspirational products.

The new style-conscious consumer differs from the tradesman that Castorama targeted in the past.

Despite previously targeting tradesmen, just 20% of Castorama’s customers are trades people, and 80% are general consumers. In addition, 47% of customers are aged 25 to 34 and 40% are female. It is these demographics that the 60-store retailer wants to tap into further.

Castorama Poland chief executive Janusz Lella said the Brico Depot business aimed at the hard end of the market – of which it has just a handful of stores – was “on hold”, as the better-known Castorama chain could serve trade customers for now.

However, Kingfisher group chief executive Ian Cheshire said that after Castorama has realigned its offering to appeal to more female consumers, “there will be an opportunity for a trade only” business again.

Kingfisher opened a distribution centre in Poland last September, allowing Castorama to sell Kingfisher group own-brand products and increase direct sourcing. Cheshire said the move had been a “game changer” for the group.  “Without it we couldn’t bring an own-brand offer,” said Cheshire.

About 5% of Castorama’s products come from direct sourcing and management is targeting 50% growth this year, enabling the business to leverage economies of scale.

Nine stores have been reformatted to feature more decorative products, as well as colour-coded areas, wider aisles and more attractive displays. Lella said margin in the new stores was “better” as a result.

The Polish DIY market suffered last year due to a dampened economy, severe weather, and the death of the president. However, there
has been improvement in 2011. In its first quarter, like-for-likes rose 4.5% while retail profit increased 4.5% to £24m.

Castorama, which operates an everyday low price architecture, is the market leader with 14.4% share, and plans to have 105 stores in the medium term.

This year it will open six new stores, and Lella said the retailer would “like to do more” if the development opportunities arose.

Cheshire said not only was the Polish business “a fundamental leg of growth” for Kingfisher, but it also benefited the group by acting as a base to drive other parts of the business, such as sourcing suppliers and promoting best practice in Russia.

Cheshire said Poland was a “massive opportunity”. The country has a population of 38 million, and GDP is forecast to grow 4.4% in 2011, the highest since 2008.

Numis analyst Andy Wade, who attended an analyst trip to Krakow, Poland last week, said the insight into the country “highlighted afresh that Kingfisher is an internationally diversified market leader, with strong positions across Europe”.