New Look to streamline its store portfolio after review 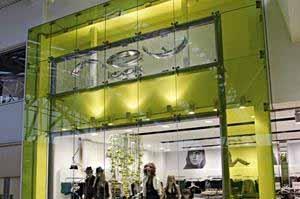 New Look expects to close 10% of its stores following a business review and has identified imaginative ways of using surplus space.

Group property director Richard White said: “This is not going to be a huge cull, but we won’t have 600 stores. It’s probably going to drop by 10%.”

The retailer is working with both CB Richard Ellis, which is reviewing the property portfolio, and consultancy Javelin, which is analysing New Look’s sales potential.

The results of both reviews are expected in a fortnight.

New Look has 100 leases due to expire in the next three years. White said New Look is prepared to shut some shops not up for renewal but that only a handful of its 604 stores were unprofitable.

The aim is to hone the store estate to “the right shape and size” and comes as retailers generally, ranging from Mothercare to Game, review their portfolios and reduce store numbers.

White said that as New Look had expanded and opened bigger stores, some were too large.

He said: “We’ve realised that over 25,000 sq ft is too large and we have 30,000 sq ft-plus sites. It’s dangerous to spread product out because it can lead to more Sale product.”

The retailer’s leases allow it to sub-let, so it is meeting landlords to discuss the possibilities. White said New Look might bring in more concessions and hive off some space to create separate, lettable stores.

New Look already has some fashion concessionaires but White is looking at wider options. He said: “We already have Starbucks in some stores. Some of them are successful, some less so. Perhaps we can have more. There are other opportunities outside fashion concessions.”

The retailer is also creating a new shop fit which will provide greater space flexibility.

It will have fewer hard fixtures, allowing ranges to be varied regionally and seasonally.

The shift comes after a tumultuous period for the retailer. Profit slumped from £162.7m to £98m in the year to March 26 and founder Tom Singh was drafted in to steady the ship, following the ousting of chief executive Carl McPhail.