Ebay is to launch a specialist fashion section within the next two months, the online giant’s UK managing director has revealed at the Retail Week Conference. 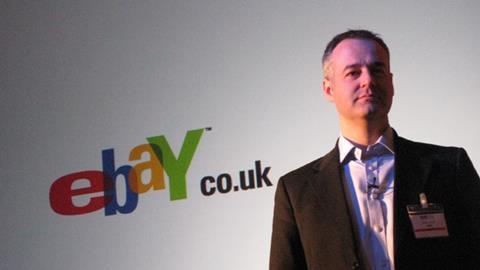 Speaking at the Retail Week Conference, Mark Lewis said the site, to be located at fashion.ebay.co.uk, will focus on sellers offering branded fashion in volume.

Now in its tenth year in the UK market, Ebay has transformed significantly from its origins as an auction site focusing on hard-to-find collectibles.

Fixed-price sales now account for 56% of its sales, which grew by 17% year-on-year in the fourth quarter of 2009, and the site’s range has shifted from categories like electronics that were early to shift online to everyday items including clothing.

It has also become an important channel for some major retailers’ online outlet and discount sales.

The new fashion subsite is part of an effort to introduce a more “segmented user experience” for different types of Ebay shoppers, Lewis said.

“A 30-year old guy buying a DVD player has completely different needs than a 20-year-old woman looking for an outfit for a night out,” he said.

The new site will feature a greater use of photography and a browsing — rather than list-based — interface. It will be rolled out within two months alongside marketing support for branded partners.

During the question and answer session, Lewis was challenged by retail consultant and small-scale Ebay seller Helena Packshaw, who expressed concerns about the site’s growing focus on partnerships with large-scale retailers.

“The virtue of Ebay has been that that it acts as a leveller and makes every seller the same,” Packshas said. “This seems to be a transgression of Ebay’s values, which I take very seriously,” she added.

While acknowledging that the new specialist sections would focus on sellers able to sell branded items in volume, Lewis stressed that smaller sellers could continue to benefit from Ebay’s Top Raterd Seller programme, which rewards sellers of all sizes that generate positive feedback for their customer service by giving them preferential search result listings and discounts on Ebay fees.

Lewis said that after many years of anticipating the emergence of mobile commerce, the Ebay iPhone application had “changed everything” in the past year.

The application has been downloaded 7 million times in the past 12 months, and is now used to sell an item every 12 seconds in the UK, he said.

“This has clearly tipped and is creating a large opportunity for us,” Lewis said, adding that mobile, including the growing ability of customers to perform price comparison checks in-store, would be a “huge trend” in the coming years.