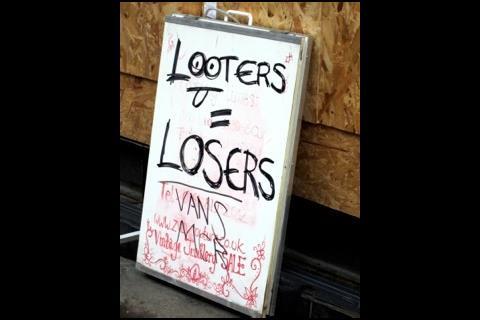 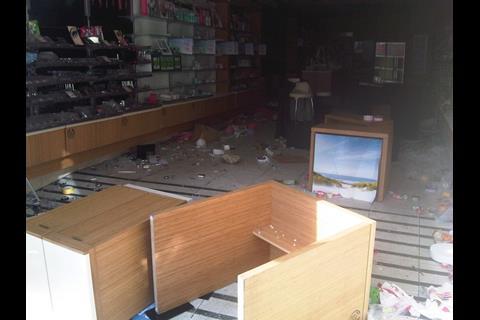 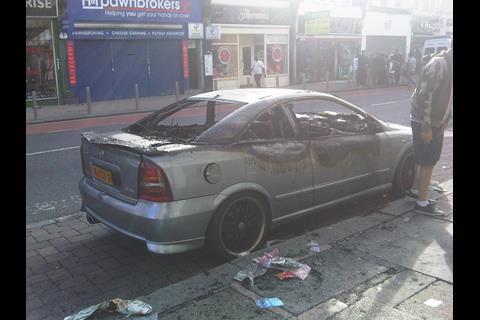 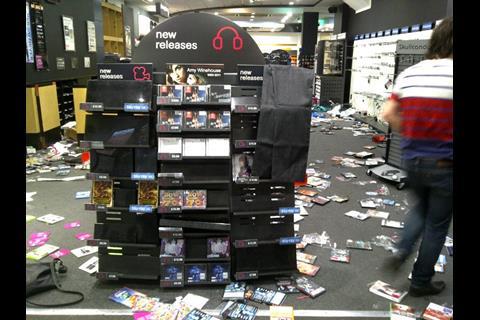 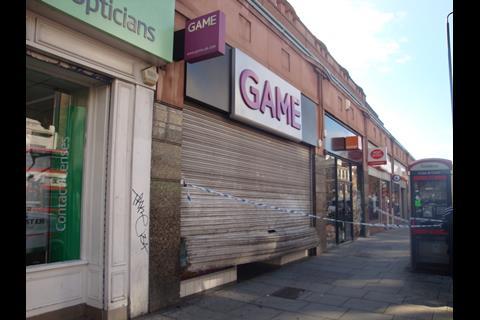 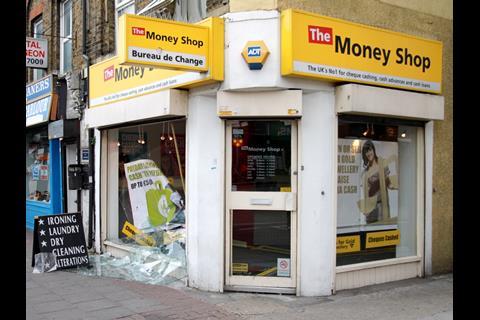 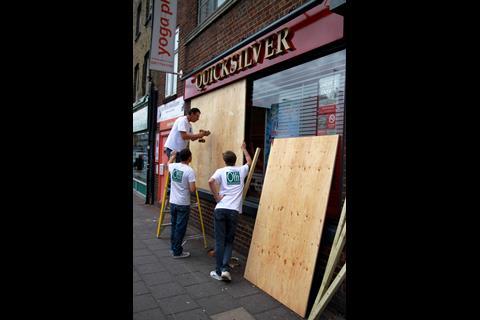 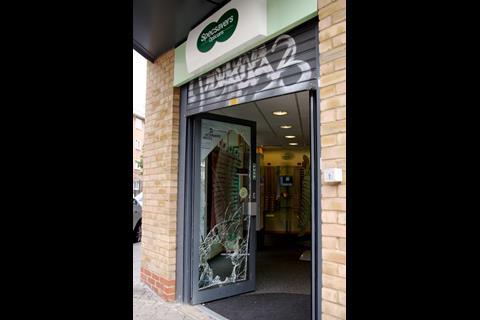 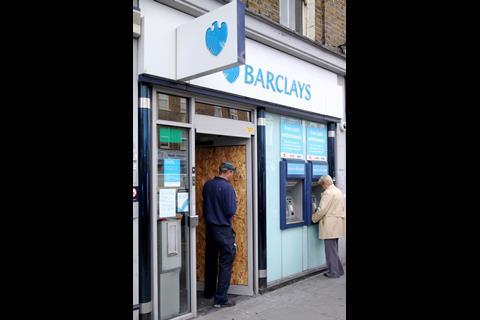 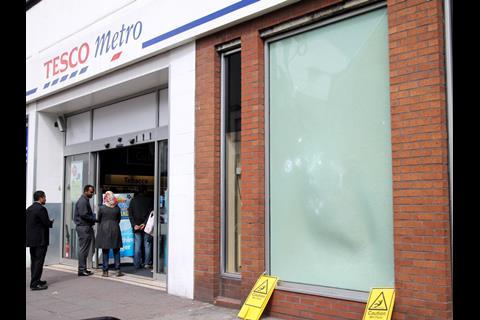 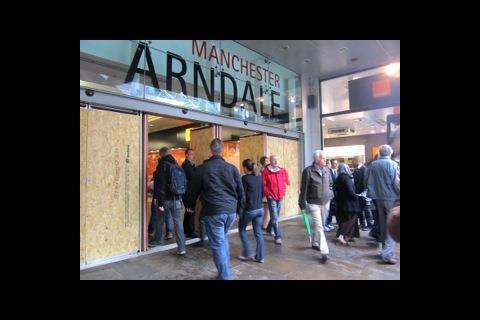 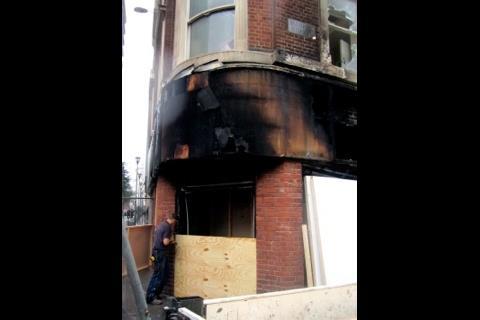 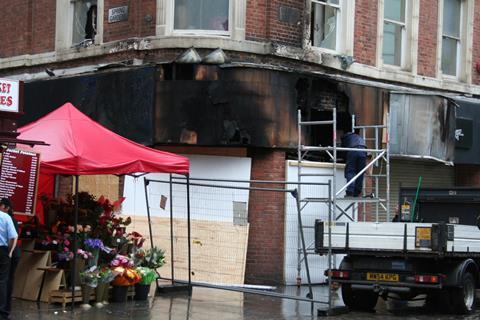 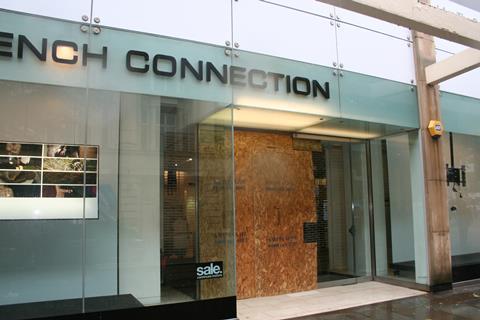 Retailers are weighing up their next steps after hundreds of stores were looted as the worst rioting in living memory swept through England.

Ensuring staff safety and business continuity were at the top of retailers’ agendas, but some were also deciding whether to reopen at all in some of the areas embroiled in the mayhem. Retailers were determined that rioters should feel the full force the law in court.

Carpetright chief executive Lord Harris of Peckham, whose landmark store in Tottenham was burnt down and who is as famous for his educational work in impoverished areas as for his retailing prowess, was among those who wanted tough action.

He said: “The people doing this are 15,16,17-year-olds. It’s a pleasure to them. They’ve got to be put away. You can blame the Government but who else could have handled this?”

He said the lawlessness would make retailers think twice about where they operate: “Look at Tottenham High Road. Who’s going to go shopping there? All those little shops will have to close. There won’t be many multiple retailers who’ll go back there. Will I be opening back there? I doubt it.”

During the riots in cities including Birmingham, Bristol and London store staff were terrorised by looters who targeted retailers of electricals goods, such as Argos and Dixons, mobile phone stores such as Carphone Warehouse and fashion retailers including JD Sports. Supermarkets and independent stores alike were also ransacked.

Terry Duddy, chief executive of Argos-owner Home Retail, told Retail Week: “For those areas affected it’s just dreadful. We had staff who were threatened. We were telling them if they needed to close the store, close the store.” 18 Argos shops were affected by rioting at the time of writing.

JD Sports chairman Peter Cowgill said he was “depressed” by how quickly things had got out of hand. As many as 30 JD shops were damaged and the associated costs may be above £10m. “Ultimately you have to have faith in the law and this resolving itself,” he said.

Carphone Warehouse chairman Charles Dunstone said: “We are all in the business of trying to sell people ever more products and services at a time when disposable income is shrinking at an unprecedented rate. They wanted what we were offering, but they don’t have the ability to pay, so they came and helped themselves.”

Co-op chief executive Peter Marks described how two members of staff were attacked during looting at a petrol forecourt and staff at other locations “narrowly escaped mob violence”. He said: “There is no justification for this wanton violence.”

Industry body the BRC highlighted the impact of the disturbances at an emergency meeting with Home Secretary Theresa May and said it received assurances those responsible for the damage will be punished. It has also been in touch with Business Secretary Vince Cable.

BRC director-general Stephen Robertson said: “For too long shop crime has been wrongly regarded as a low priority. There is a myth that stealing from stores is victimless.”

She said: “Life and limb may not be under threat but livelihood is under threat. Retailers want to understand how livelihood fits in with police protection.

“Perpetrators need to be brought to justice swiftly. I want to see people named and shamed.”

She intended to ask the Prime Minister in Parliament yesterday if affected retailers might be granted business rates relief.

The long-term impact on the retail sector in some riot-stricken areas remains unknown. While prime shopping areas will likely bounce back, more deprived areas could be left devastated.

About 10% or almost 49,000 of the country’s retail and leisure businesses have been directly affected by the riots and looting, according to the Local Data Company.