Could 2018 be the year of augmented humanity?

With technology becoming more natural and instinctive, will 2018 be the year where artificial intelligence meets emotional intelligence?

At the close of 2017 it is easy to imagine a dystopian future where technology overwrites humanity.

More inspiring is to imagine a future where technology augments humanity, eradicating mundane tasks and making space for compassion and creativity.

Isobar predicts that 2018 will be the year of augmented humanity.

“The power of being human is in empathy. This cannot be automated or outsourced”

Our innovation and strategy experts from around the world have defined five key trends that explore this evolving relationship between humanity and technology and predict a harmonious future.

1. Body talk explores the body as an interface, as our eyes and ears replace touching and tapping.

2. Powered by people tackles the shift from customers to communities as technology turbo charges the sharing economy.

3. The economy of me looks at the power of AI to deliver ever-more personalised products, prices and places.

4. The ethical algorithm tackles technology as a force for good; in a world of fake news and algorithm bias is there such a thing as moral code?

5. The makers and the machines explores the extraordinary union of art and technology to create outputs we could never before imagine.

Jean Lin, Isobar’s global chief executive, says: “Artificial intelligence is great, but humans score on emotional intelligence. The power of being human is in empathy.

“This cannot be automated or outsourced. Augmented humanity will use technology to scale everything that is best and most powerful about human interaction.”

Download the report here or find out more by visiting Isobar.com. 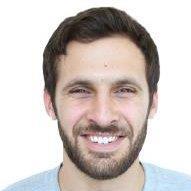 Alex Hamilton is head of insight at Isobar

IsobarIsobar is a global agency that delivers experience-led transformation, powered by creativity.