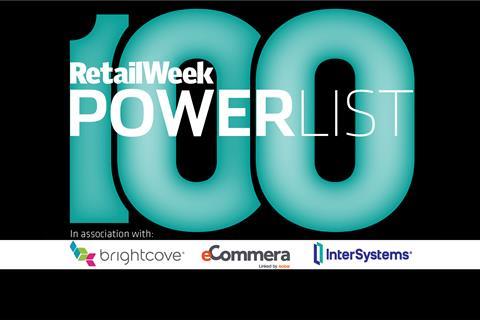 Bezos claims the title for the second year running after a stunning year for Amazon in the UK, which has seen it launch new technology, categories and products.

Amazon continues to dominate UK retail and reported total UK sales of just over £7bn in 2016.

While Bezos retains the top spot, the accolade of highest new entry goes to Brexit, which crashes in at number five of the Retail Week Power List, produced in partnership with Brightcove, Ecommera, Linked by Isobar, and InterSystems.

Brexit negotiations may not have kicked off yet but the implications of the UK’s vote to leave the EU have reverberated throughout the industry.

Retailers are grappling with higher sourcing costs due to the slump in the value of the pound since the vote last June. Businesses including Next and John Lewis have warned that prices will rise and the KPMG/Ipsos Retail Think Tank believe that across the industry prices will edge up 5% to 8% throughout 2017.

Meanwhile, consumer confidence has remained volatile since the vote and big-ticket retailers such as Topps Tiles have claimed that wavering sentiment has hampered sales.

To find out who has been ranked in the top 100 most influential people in retail, visit Retail Week Power List 2017.