Boden is an upmarket catalogue and online retailer of smart-casual clothing for men, women and children. The concept is based on selling an aspirational British middle-class lifestyle. 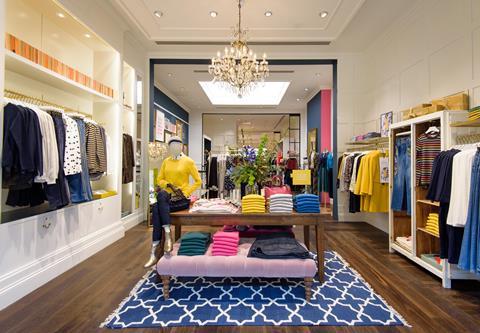 Founder Johnnie Boden remains the persona of the brand as creative director.

As an etailer whose sales are primarily online, Boden has always had IT at its core and its priorities include speed, agility, the ability to cope with growth and the digitisation of its catalogue. In April 2019, it appointed former Burberry vice president of technology Shaun Perkinson as its first chief technology officer to support these efforts. This followed the launch of a new web platform which was rolled out across all markets in the first few months of 2019 to improve personalisation and drive international sales.

It closed a high-profile store in London’s Westfield towards the end of 2019 after less than two years following lower than expected footfall. Meanwhile, its relatively new concession network in John Lewis stores has also been scaled back in 2020 after the department store group decided to shutter a number of its stores permanently following lockdown.