Poundworld poised to acquire a third of remaining Brantano stores

Poundworld is on the verge of snapping up around a third of footwear retailer Brantano’s remaining stores, Retail Week has learned.

It is understood that the value operator has entered into an exclusivity agreement with Brantano owners Alteri Investors on nearly 20 of its stores. 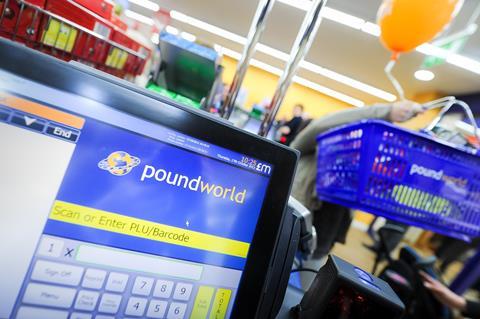 Sources close to the situation said that a deal to acquire the parcel of shops is “as good as done,” but suggested that contracts were yet to be signed.

Poundworld property director Mark Ward told Retail Week it had “secured a number of Brantano sites,” but refused to be drawn on how many.

Ward added: “At any Brantano store that is acquired by the Poundworld Retail Group, we will ensure that existing Brantano employees are given the opportunity to apply for staff positions within Poundworld.

“Any opportunity to acquire multiple stores in locations that are favourable to our fast-growing customer base is of great interest.

“We look forward to building on our existing portfolio of over 315 stores, introducing our attractive value offering to even more locations across the UK.”

Retail property consultant GCW, which is marketing the stores, declined to comment.

As previously reported, Poundworld was among a clutch of retailers circling 57 of Brantano’s stores after it plunged into administration.

Alteri, which placed the retailer into administration in January, bought 81 of its stores and 59 concessions, saving around 1,400 jobs.

But that left 57 stores on the market, pricking the ears of Poundworld as well as Tapi, Carpetright, Pets and Home and Iceland.

The Poundworld deal would form part of its aggressive store expansion strategy. It is aiming to open an extra 200 stores in the next three years as it bids to compete with discount rivals including Poundland and B&M Bargains.

The first store under the new fascia will open at Hinkley’s new £60m Crescent development, in Leicestershire in June.