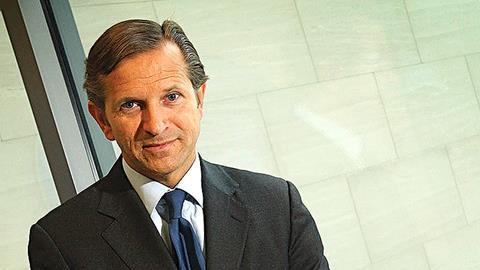 It is thought Bolland will draw heavily on his marketing and branding experience honed at Morrisons and Heineken, as well as the international knowledge built up at the Dutch drinks brand, when he takes up his post in the new year.

Departing chief executive Sir Stuart Rose reaffirmed this week Marks & Spencer’s longer-term plans are to drive international and multichannel, and he believes Bolland is the man to do it.

Rose said Bolland’s experience with a global brand means “he can translate across national boundaries”. He said when Bolland takes up his post “you’ll likely see some original thinking” and he credited him with “coming to a tough part of the world” when he entered UK grocery. Bolland said: “Marks & Spencer is one of the world’s great brands and I’m pleased to be given the opportunity to lead the company forward.”

Rose said on Wednesday: “We have a brand which can translate into almost any goods and services. Marc will want to say what it is capable of being translated into.”

While Bolland doesn’t have experience in either international or multichannel at Morrisons, many commentators said his Heineken experience will stand him in good stead. Archie Norman, former Asda chief executive and newly appointed chairman of broadcaster ITV, said: “Marc’s had a brilliant apprenticeship at Morrisons and he’s got the international experience and the FMCG background to do a great job.”

Some commentators have argued that while Bolland has the City experience and food under his belt, he does not have any clothing knowledge.

However, Oriel Securities analyst Jonathan Pritchard said: “Some people are making a big deal about the fact he hasn’t sold a jumper, but he’d never sold a Yorkshire pudding before he turned up at Morrisons. He has leadership, marketing and experience of turning around a difficult business.”

Verdict lead analyst Maureen Hinton said Rose would pass on his clothing experience during the handover. She said Bolland will work well with the existing team but “he does have strong views and comes up with some very effective strategies so there could be some big changes further down the line”.

Who is Marc Bolland?

Dutchman Marc Bolland, 50, has spent three years as chief executive of Morrisons. He is credited with turning around the ailing grocer after its Safeway acquisition and standing up to founder Sir Ken Morrison.

He was previously chief operating officer and executive board member at Heineken, based in the Netherlands, and worked there for 20 years.

Bolland makes a point of not talking about rival supermarkets, but is as competitive as the rest of the big four. He kept Morrisons faithful to Sir Ken’s culture and told Retail Week earlier this year that the founder thrives on the can-do attitude. He added that his mark on the retailer was why “Morrisons is a completely different shop now than after the Safeway deal”.