Murphy, who is currently group productivity director, will take up his new role on February 1, 2018. 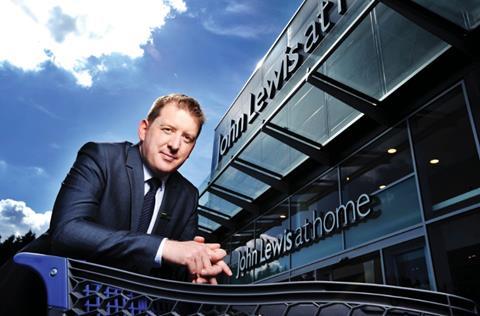 Cobyleaves the Partnership at the end of April after almost seven years.

Murphy joined John Lewis in 1992 and has held a number of roles with the group, including managing director of John Lewis Aberdeen and John Lewis Edinburgh in his early career with the retailer.

In 2009 he was promoted to the role of director for operational development, before being appointed as retail director for John Lewis in 2010.

Murphy has led the Partnership’s change programme since being named group productivity director in 2015.

John Lewis Partnership chairman Sir Charlie Mayfield said: “I want to take this opportunity to thank Paul for his outstanding contribution to our business and the legacy he has left.

“Paul was the architect of the IT strategy for John Lewis, which helped to transform the business into a leading omnichannel retailer.