Pets at Home has hired headhunter firm Clarity to search for a new boss as Matt Davies prepares to step down next year. 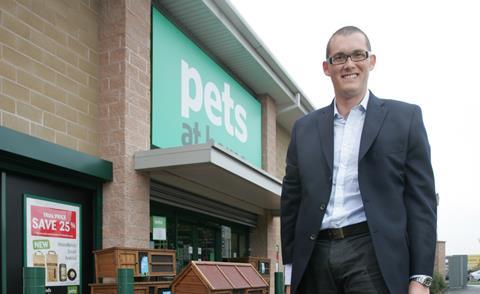 Davies, who has been at the business for 11 years, will stay in his role until a replacement is found, which is expected to be in the spring.

A source told Retail Week that Davies – who joined Pets at Home as finance director and was promoted to chief executive three years later – felt it was time for a change after more than a decade at the retailer.

The source said that the timing of Davies’ exit will allow the new chief executive to “establish” themselves before owner KKR considers any sale of the business. The private equity firm bought Pets at Home in 2010 for £955m, in one of the biggest retail private equity deals in years.

A Pets at Home spokesman told Retail Week the retailer is in the early stages of the recruitment process. He said Davies told the retailer at the beginning of the year of his intention to step down.

Davies said: “My time at Pets at Home has been hugely rewarding and enjoyable. The calibre of the team leaves me in no doubt that the business will continue to go from strength to strength through its next phase of growth.”