Former House of Fraser executive chairman Don McCarthy has died at the age of 63 following a battle with cancer. 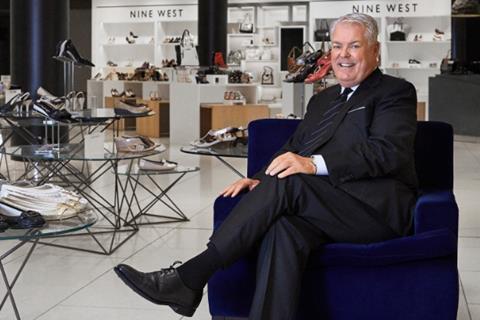 McCarthy, who led the department store business between 2006 and 2014, passed away on Saturday.

House of Fraser led the tributes to McCarthy, hailing the “incredible impression” he made on both the retailer and on the industry more widely.

The business said in a statement: “We are all deeply saddened here at House of Fraser to learn of Don’s passing. He is remembered regularly and fondly by those that knew him and made an incredible impression on both HoF and the wider retail industry.”

House of Fraser added: “Don was always passionate, driven and full of ideas for the benefit of HoF and the retail business. He kept a large circle of friends and contacts, regularly giving mentoring support to former colleagues of HoF and more widely.”

McCarthy started his retail career at the age of 15, when he joined the now defunct footwear chain Stead & Simpson.

McCarthy would go on to start his own footwear business, Shoe Studio Group (SSG), in 1991, selling it to American firm Nine West six years later.

Having continued to serve as chief executive of SSG, he led a management buyout from Nine West in 2001 and moved into fashion in 2004, buying Warehouse and Principles.

He stepped down from his role in 2014 after the business was sold to Sanpower.

McCarthy was awarded a CBE for his services to business and charity in 2017. He and his family raised £2.5m for the Royal Marsden Hospital in Chelsea, which cared for McCarthy’s wife Diane before her death.