Baldock revealed his resignation from Shop Direct last autumn and will join the electricals retailer in April.

James, who has led Dixons Carphone for six years, will become president and managing director of Boots later this year.

Boot’s current UK boss Elizabeth Fagan will remain with the health and beauty retailer, taking on the newly created role of non-executive chairman.

James’ resignation comes amid rising festive sales for the retailer.

In a trading statement, Dixons Carphone narrowed its full-year pre-tax profit guidance from between £360m and £400m to between £365m and £385m.

The retailer reported a shock profit warning last summer as a result of a slowdown in the mobiles market.

The market appeared to have recovered over the festive period, with sales up 8%.

Sales at its electricals division were up 1% on a like-for-like basis against strong comparables. They grew 10% on a two-year basis.

The UK notched up a 3% like-for-like uptick and a 1% increase in total sales. 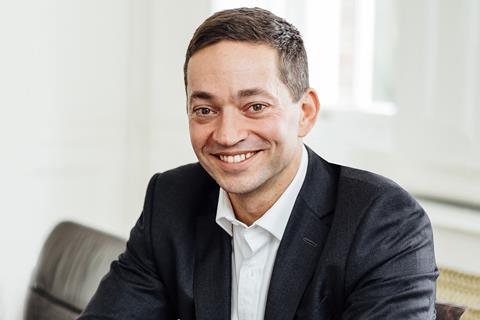 James, who led the merger of Dixons and Carphone Warehouse in 2014, will start at Boots this summer.

His exit follows that of finance boss Humphrey Singer, who earlier this month revealed that he would be joining M&S to take up the same role.

Dixons Carphone chairman Ian Livingston said: “Seb has made an outstanding contribution to both the creation and success of Dixons Carphone. It is a much stronger company today than when he became chief executive of Dixons Retail in 2012 with revenue, profit and customer satisfaction all substantially higher.”

He added that Baldock had “an outstanding track record in leading large, complex consumer-facing businesses”.

He said: “He’s led Shop Direct through one of UK retail’s fastest, most far-reaching and most successful digital transformations, delivering five consecutive years of record financial performance, with strongly rising sales and an almost tenfold increase in profits.

“We wanted Alex for his strategic clarity, relentless execution and his ability to inspire people to get behind him at every step.”