1
Digital Leaders 2017: The 50 most influential people in etail
People

The world of digital moves at an astonishing pace, and that is reflected in this year’s Retail Week Digital Leaders list. 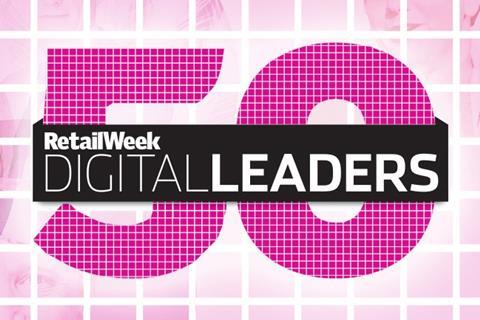 We have 19 new entries in our 50-strong ranking. This is a testament to the emerging talent breaking through into this fast-growing sector, changing retail as we know it.

Businesses such as Missguided, Boohoo and Farfetch – all risers – were niche online operators just a few years ago. Now they are well and truly mainstream players.

Our ones to watch list gives a glimpse of the new breed of digital pioneers coming through.

The entrepreneurs behind newly listed mattress etailer Eve and In The Style, the fashion firm that has built its business by collaborating with reality stars and social influencers, are just two of the up-and-comers who demonstrate the fresh blood changing the retail industry.

However, the influx of new talent in this year’s list is also indicative of another trend: the volume of established digital leaders who have left the industry.

“The influx of new talent in this year’s list is also indicative of another trend: the volume of established digital leaders who have left the industry”

There has been talk of a brain drain when it comes to digital talent.

We expected many of the digital leaders Retail Week has recognised in this list over the past seven years to now be leading retail’s biggest businesses; but they’re not.

However, some digital pioneers are beginning to break through. Former Amazon Fashion boss Sergio Bucher is one of those digital leaders who has now taken the helm of a traditional bricks-and-mortar retailer, as chief executive of Debenhams.

He makes his debut on the list this year and all in retail are waiting to see how he will transform Debenhams.

Bucher will surely be the first of many online trailblazers to make the move into general management. If not, the industry risks losing a lot of amazing talent that truly understands how the modern-day consumer shops.

Among all this change, there are some things that remain the same: the unstoppable growth of Amazon.

It continues to gobble up market share and is expanding its reach across many sectors, from fashion to food.

The innovation coming out of Amazon is phenomenal. From drones to virtual assistants, this ecommerce giant is still determining what the future of retail will look like.

But it is no longer alone on this front.

Asos is exploring visual search technologies based on screenshots, social media pictures and photographs. Shop Direct is pioneering personalisation practices and Ocado is pushing ahead with robotics and automation to make its fulfilment as slick and efficient as possible.

The year of the pureplayers

It is worth noting the slowdown in innovation from store-based retailers.

A few years ago the likes of John Lewis, Next and House of Fraser were at the forefront of innovation, and multichannel retailers were using stores to their advantage.

It may be a sign of the challenging times the high street is facing as business rates and volatility in consumer sentiment take hold, but the real noteworthy steps forward in ecommerce have come from pureplays over the past year.

To win in today’s fast-moving retail environment, businesses need to be agile, forward-thinking and brave.

We congratulate those who have made this year’s Digital Leaders list and have shown these attributes in spades.