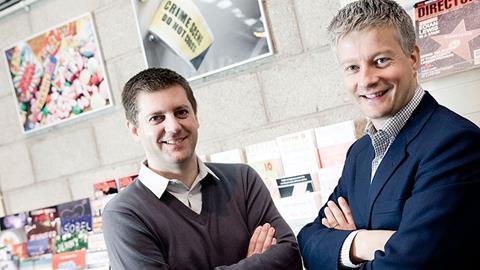 The cash will be used to turn the etailer, which specialises in personalised presents ranging from cards to chocolate, into the market leader in its niche.

GettingPersonal.co.uk was started in 2005 by entrepreneurs John Smith and Giles Harridge (pictured). Last year there were 6m visitors to its site and it generated sales of £9.6m – up from £6.3m the previous year.

Joint managing director Smith said: “The business has grown rapidly over the past five years and there is further scope for expansion in both product portfolio and our marketing capability.”

David Cowan of Isis said: “John and Giles have taken a very simple concept and turned it into a multimillion pound business in a very short space of time and, having worked successfully with many other etailers, we hope to be able to help GettingPersonal.co.uk with the next stage of its journey.”

Following the deal, former Interflora chief executive Steve Richards will become chairman of GettingPersonal.co.uk. Richards said: “My experience of online retail will be beneficial to the team and I see this as an exciting opportunity.”

Argyll Partners advised GettingPersonal.co.uk’s management on the deal. Financial and commercial due diligence was done by Deloitte and Javelin respectively.