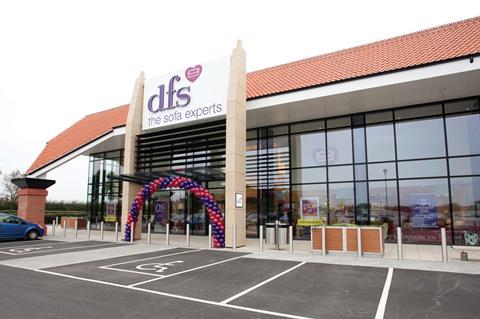 Durant is currently chairman at Greggs

He replaces chairman Richard Baker, who departs after nearly seven years at the furniture specialist, to take over the chairman role at the British Retail Consortium formerly held by John Lewis chairman Sir Charlie Mayfield.

Durant is currently chairman at high-street bakery Greggs and at Capital and Counties Properties.

He has previously been a non-executive director at Home Retail Group, where he chaired the audit and risk committee, and at Greene King, where he was audit committee chairman and a senior independent director.

DFS chief executive Ian Filby said: “I am delighted to welcome Ian to the DFS board as chairman. His wealth of relevant experience will help drive us forward and continue the progression from being a great British business to a world-class business.”

Durant added that he had “long respected DFS and its success over the past few years”.

The furniture specialist, founded by Lord Kirkham, revealed mainly positive results at its last half-years. Gross sales were up 7% in the 26 weeks to January 28 and full-year profits are set to be in line with expectations.

However, the retailer said it took a hit on margins in the period due to the slump in sterling and warned that “in 2017 the retailing of furniture in the UK faces an increased risk of a market slowdown given the uncertain outlook for consumer confidence”.

Despite these challenges, DFS said it believed it had a “resilient operating model” and remained “very well positioned to respond to economic headwinds and cost pressures while achieving continued growth in its share of the UK retail furniture market”.