DFS announces intention to float on the London Stock Exchange

Furniture retailer DFS has announced its intention to float on the London Stock Exchange, and is expecting the offer to raise proceeds of £105m. 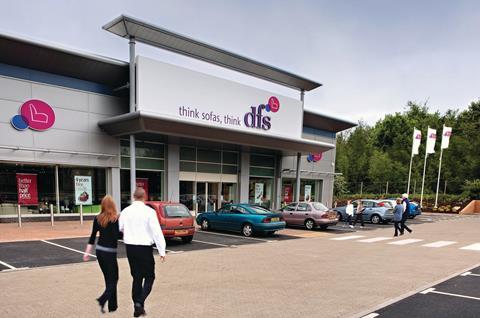 The retailer, owned by private equity firm Advent International, says it has a 25.7% share of the £3bn furniture market in the UK, over three times that of any other upholstered furniture retailer.

It has 105 stores in the UK, Ireland and the Netherlands, mostly on retail parks.

The retailer reported that gross sales for the first 26 weeks of the financial year, ending on January 31, 2015, were up 9% before including incremental sales from Sofa Workshop and Dwell.

Speaking to Retail Week, DFS chief executive Ian Filby said the retailer planned to become a world-class business. “I think world class is about an ambition. We’ve made our first step into mainland Europe with a store in Holland…we’re learning to walk before we crawl.” He said the performance of DFS’s store in the Netherlands had been “hugely encouraging” so far.

Filby said the retailer had no acquisition plans on the table but was “always looking for opportunities to broaden its appeal to become more aspirational”.

It said order intake in the important trading period from Boxing Day has also been positive compared with the previous year.

Filby said: “ This is an exciting time for us as we continue to drive growth initiatives that are already underway against a backdrop of an improving macroeconomic environment. We see significant opportunity to further increase the group’s penetration in the UK, strengthen our position as the market leader for online upholstered furniture sales and we recently entered Continental Europe with the opening of our first store in the Netherlands.”

He added the business has in recent years invested substantially in infrastructure “to create a robust platform to support our future growth plans”.