Conran Shop to open in China

Conran Shop has notched up a strong first-half performance as it reveals plans to launch in China. 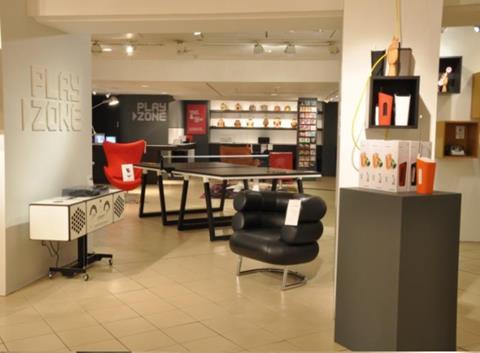 The upmarket furniture and homewares retailer – founded by design supremo Sir Terence Conran, who turned 80 this month – has revealed like-for-like growth of 8% in a challenging big-ticket environment.

Conran Shop managing director Nick Moore said the retailer had reduced its losses by 28% year on year, but declined to give an exact figure.

Trade in the UK in April was “appalling” after the string of bank holidays but picked up in June and July, he said, while September was “phenomenal”.

“Customers are not moving house so are prepared to invest in good-quality, well-designed pieces of furniture.” Moore said the strong sales performance reflects investment in stores and people, such as the hire of Paul Middlemiss, who joined from Pedlars, as buying director.

However, he added that the outlook is “fragile and completely unpredictable”.

The retailer will open four stores in China in the next five years through Kokuyo, the franchise partner it uses in Japan, where it has six stores. It will launch with a flagship in Shanghai to attract the city’s “very design savvy market”, said Moore. The search for a second site is under way.

The news comes as Conran Shop revamps its flagship London store in Chelsea, adding trolleys and a gift-wrapping offer to improve customer service.

It has also opened a Play Zone that sells games including ping-pong tables and has a revamped home technology area.

“We’re trying to do things that activate the senses,” said Moore. “We are a destination. Our goal is to make customers spend time here and return.”

The UK business – where it operates two stores including one on Marylebone High Street – was the star performer of the group, with like-for-likes up 12%. As well as Japan, Conran Shop also operates stores in New York and Paris.