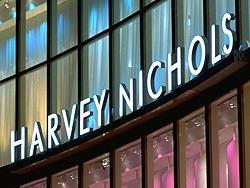 Schofield, who has been with the retailer since 2003, has been appointed operations director of retail technology firm Itim.

He originally joined Harvey Nichols as head of IT, having held similar roles at retailers including Burberry and Burton, and took on wider retail operations responsibilities in 2009.

Itim chief executive Ali Athar said: “Martin comes to us with deep retail experience that will give us even greater access to retail directors.”

It is not known who will replace Schofield.