Tesco is axing thousands of deputy manager positions in its convenience stores as the grocer shakes up the management structure across its Express estate. 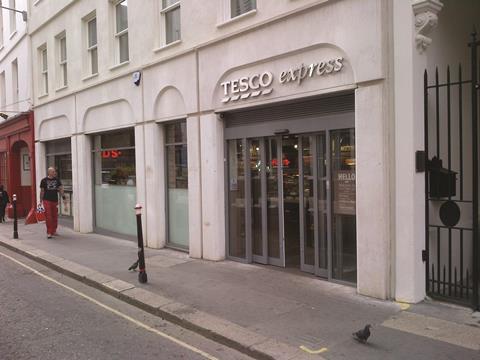 The supermarket giant is stripping out around 1,700 deputy manager roles in Tesco Express stores across the country.

Tesco will instead create 3,300 shift leader roles, although these will demand a lower salary than the deputy manager position.

The retailer said it would be financially supporting staff who make the switch to shift leader.

Tesco added that all affected staff will be invited to apply for the new shift leader roles, take redundancy or, in some cases, take up a deputy manager role elsewhere in the business.

It comes just weeks after Tesco’s grocery rival Waitrose revealed that it was axing hundreds of jobs to simplify its in-store management teams and create a “more flexible working model”, while stablemate John Lewis said last week it was axing a net 400 jobs amid ongoing “structural changes” across the retail industry.

Details of Tesco’s move emerged almost two years to the day that it carried out a similar restructure across store teams in its larger supermarkets.

In February 2015, the grocer said it was cutting thousands of jobs across its head office and in-store functions.

Around 4,000 roles were lost when it stripped out a layer of management working between the store manager and shop assistants.

Tesco instead invested in around 5,000 net new jobs as part of boss Dave Lewis’ drive to boost customer service by putting more workers on the shop floor.

On the latest staff re-shuffle, a Tesco spokesman said: “To help improve our service to customers in our Express stores we are aiming to have more of our colleagues on the shop floor, more often.

“To help achieve this we are creating more than 3,300 shift leader roles which, in turn, means we will no longer have deputy managers.

“We appreciate that these changes will impact our deputy manager colleagues, and will do everything we can to support them throughout this period.”