Tesco could be forced to shutter hundreds of convenience stores amid concerns from rivals and shareholder groups over its £3.7bn Booker deal. 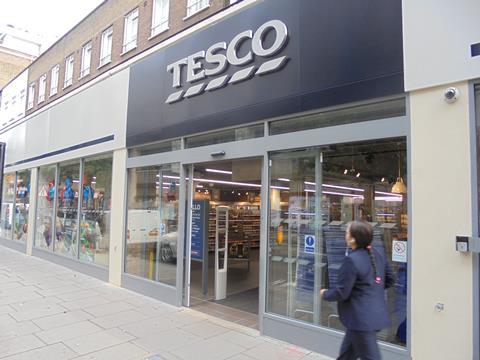 The supermarket giant’s boss Dave Lewis and Booker chief executive Charles Wilson have both sought to play down competition concerns, citing the fact that the wholesaler operates a franchise model and does not directly operate its Londis, Budgens, Premier and Family Shopper stores.

However, City sources have insisted the deal would hand the enlarged business too much influence over the UK’s food supply, piling pressure on Tesco to sell some of its smaller shops.

Retail Week understands that Tesco and Booker plan to notify the Competition and Markets Authority later this month, which is likely to spark an investigation into the deal.

One of the City’s largest shareholder groups, Hermes Fund Management, said the acquisition could put independent corner shops out of business and prompt a backlash against Tesco.

Hermes chief executive Saker Nusseibeh told The Times: “My worry is this puts too much pressure on corner stores. Too much power in the hands of any one supplier is never a good thing.

“In the long term there could be a backlash against them [Tesco].”

Hermes does not directly hold shares in Britain’s biggest retailer, but acts as a stewardship consultant for investment groups, engaging with companies on their behalf.

Their concerns come after two of Tesco’s biggest investors, Schroders and Artisan Partners, wrote to the grocer’s chairman John Allan urging him to pull the plug on the deal.

The duo of shareholders, which own 9% of Tesco shares between them, claim the acquisition would be a distraction to its turnaround efforts under Lewis and would destroy shareholder value.

Lewis has attempted to play down the concerns, highlighting that other investors including Artemis, BlackRock and Mondrian had raised their stakes in the retailer since the shock deal was announced to the City in January.

A Tesco spokesman said: “With a business decision like this, there will always be a range of different opinions.

“We remain absolutely committed to a deal that can bring benefits for all our stakeholders.”