Sainsbury’s has thrown down the gauntlet to the likes of Moss Bros, Reiss and Ted Baker by launching its first formal menswear range. 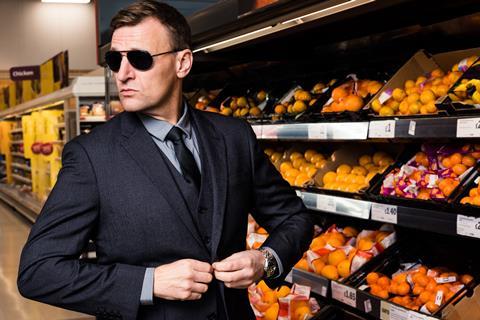 The supermarket giant unveiled its Tu Formal proposition at the weekend, with lines including £130 Harris Tweed jackets and wool suits costing £160.

The range, which is available to buy online and in 250 of Sainsbury’s largest stores, also includes denim and footwear.

Sainsbury’s move into formal menswear comes as sales of its Tu men’s proposition outgrows other categories.

The grocer said revenues from its menswear offer jumped 13% year-on-year, compared to 4% across its wider Tu clothing business.

Sainsbury’s commercial director James Brown said: “Menswear is the fastest growing area of Tu clothing and, having had a fantastic response to our premium womenswear launch, we wanted men to have a similar choice of high quality, on-trend styles at fantastic value.”

Brown added: “We have been testing and learning what we can do, selling higher-priced product. Customers tell us the product is on a par with what they get on the high street where a similar Harris Tweed jacket would be about £180.”