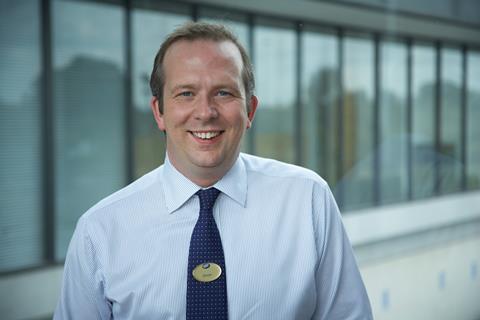 Roberts, who left his dual role as executive vice president of Walgreens Boots Alliance and president of Boots in the UK and Ireland in July, will report directly to Sainsbury’s boss Mike Coupe as a member of the grocer’s operating board.

Sainsbury’s said Roberts will join the business by next July.

Roberts joined Boots as a regional director in 2003 and worked his way up the business to become responsible for the health and beauty giant’s 2,500 UK and Ireland stores.

He previously spent 14 years at M&S, where he held various roles across the retailer’s stores and operations.

Roberts will step into the role vacated by Roger Burnley, after he was poached by big four rival Asda last year.

Burnley will take up his new role as deputy chief executive and chief operating officer at the Walmart-owned supermarket giant next month.

Sainsbury’s boss Coupe said: “I am delighted to welcome Simon to Sainsbury’s. Simon is a very strong leader who is passionate about customers and colleagues.

“He has extensive stores experience, is customer-centric in everything he does and I am confident he will make a fantastic contribution to Sainsbury’s and the operating board.”

Roberts added: “I am thrilled to be joining Sainsbury’s, a brand I have admired and respected for many years, and particularly at such an exciting time for the business following its acquisition of Home Retail Group.

“I am really looking forward to joining Mike and the team and working with the 165,000 colleagues across Sainsbury’s stores and operations.”