Sainsbury’s will supply a “limited range” of its food-to-go offer in a handful of WHSmith’s stores on a trial basis.

The grocer will supply a selection of its food-to-go range in nine of WHSmith’s stores across train stations, airports and hospitals. 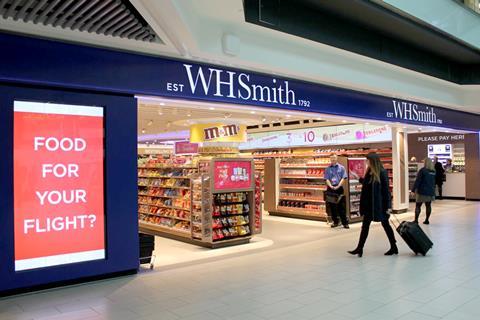 Each of the travel retailer’s stores will be stocked with a different selection of the supermarket giant’s range including meals such as pasta, salads and sandwiches as well as cookies and pastries.

The trial will kick off later this month and could be rolled out to a wider range of WHSmith’s stores if it proves successful, according to The Grocer.

The initiative is reportedly part of Sainsbury’s wider strategic goal to work with “new partners to grow our business and response to rapidly changing shopper habits”.

The supermarket chain unveiled a wider roll-out of its Patisserie Valerie bakery counters to 70 of its stores following a successful trial across 39 of its outlets.

The grocer has tested a range of in-store tie-ups across its bricks-and-mortar estate including sushi counters, Crussh juice bars, a Zizzi pizza counter and ice-cream parlours.

Sainsbury’s partnership with WHSmith comes as the general merchandise retailer reported a rise in third-quarter sales, bolstered by its travel division.