Parliament hears proposal for watchdog to fine grocers 1% of turnover

Measures that will give the Groceries Code Adjudicator (GCA) the power to fine UK supermarkets 1% of their turnover have been laid out in Parliament. 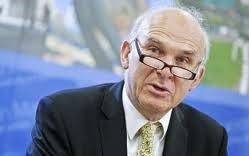 The highest penalty the adjudicator will be able to impose will be 1% of UK annual turnover, dependent on the seriousness of the breach.

The new measures will sit alongside existing powers to issue supermarkets with recommendations as to their future conduct, and to name and shame those that have breached the Code.

“This important final step will give the Groceries Code Adjudicator the power it needs to address the most serious disputes between the large supermarkets and their direct suppliers,” said business secretary Vince Cable.

“I created the Groceries Code Adjudicator to ensure a fair deal for those who supply goods to supermarkets such as farmers and small businesses. I am pleased today to be giving the Adjudicator the final element in a set of powers that will give this new body all the tools it needs to succeed in this challenging and important role.”

Earlier this week, the Prime Minister was accused of trying to “water down” the laws, according to the Financial Times. Cable wrote to Cameron on January 27 urging him not to go back on his pledge to fine supermarkets up to 1% of UK turnover for breaches of the code.