McColl’s is extending its pilot with fast-food giant Subway as it presses ahead with plans to enhance its food-to-go proposition.

The convenience store specialist opened its first Subway shop at its petrol forecourt in Tamworth back in October as part of a bid to create a “more sophisticated” offer. 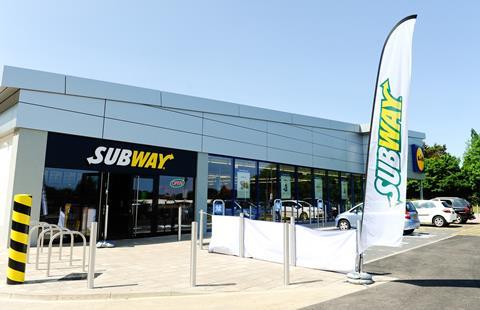 McColl’s will now roll out the “exciting” format to four more of its stores across the UK, although the retailer declined to reveal their locations.

Total sales increased 3.1% to £932.2m during the period, despite a 1.9% drop in like-for-like sales. Its premium convenience and food and wine stores posted a 0.6% like-for-like decline.

Converting newsagents into the premium format was a key part of McColl’s strategy during the period. It remains on course on to have 1,000 convenience stores by the end of 2016.

But McColl’s is also focused on bolstering its food-to-go offer, which boss James Lancaster said was “really motoring.” The retailer is aiming to gain further momentum in that category after securing more Subway franchises following the “great success” of its maiden shop-in-shop.

“There are two key strands to our food-to-go development. We are developing our own offer, which is around hot food and also bakery.

“We’ve rolled out 33 large modules that are typically at the front of our stores, which are coffee, hot food and chilled units. We’ve also put out a significant number of smaller units for just coffee and snacks.

“The other strand is Subway and we have recently signed contracts for a further four. We see that as being a different strand of food-to-go development but equally exciting as developing our own offer.”