Dutch grocery giant Ahold and Belgian supermarket chain Delhaize have agreed to merge, in a bid to rival US retail titan Walmart. 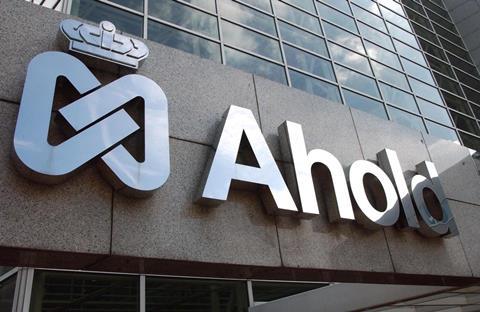 Although the grocers are based in Europe, both generate around 60% of their sales in the US. Ahold operates the Stop & Shop and Giant facias, plus the online grocery store Peapod, while Delhaize owns the Food Lion and Hannaford banners.

The new firm, Ahold Delhaize, will be valued at more than €26bn (£18.4bn) based on current share prices. It will have 6,500 stores with 375,000 employees, serving 50 million customers every week in the US and Europe, the grocers said in a statement this morning.

“The proposed merger with Delhaize is an exciting opportunity to create an even stronger and more innovative retail leader for our customers.”

It will generate around €54bn (£38.3bn) in annual sales across its markets, becoming the fifth largest food retailer in the US.

The combined board will be led by Mats Jansson as chairman and Dick Boer as chief executive. At present Jansson is chairman of Delhaize.

Current Ahold chief executive Boer said: “The proposed merger with Delhaize is an exciting opportunity to create an even stronger and more innovative retail leader for our customers, associates and shareholders worldwide.

“With extraordinary reach, diverse products and formats, and great people, we are bringing together two world-class organisations to deliver even more for the communities we serve. Our companies share common values, proud histories rooted in family entrepreneurship, and businesses that complement each other well.

“We look forward to working together to reach new levels of service and success.”

Delhaize chief executive Frans Muller added: “We believe that the proposed merger of Ahold and Delhaize will create significant value for all our stakeholders.

“Supported by our talented and committed associates, Ahold Delhaize aims to increase relevance in its local communities by improving the value proposition for its customers through assortment innovation and merchandising, a better shopping experience both in stores and online, investments in value, and new store growth.

“We look forward to working closely with the Ahold team to implement a smooth integration process and realise the targeted synergies.”

The retailers added that the merger will generate annual savings of €500m (£354.6m) by the third year after completion.

As reported by Retail Week, the mid-market retailers had been in talks over a deal for a number of months after finding themselves caught in a squeezed middle between discounters like Costco and high-end grocers like Whole Foods.