The Co-op has appointed the Government’s chief data officer and executive director of digital Mike Bracken to oversee its digital operations. 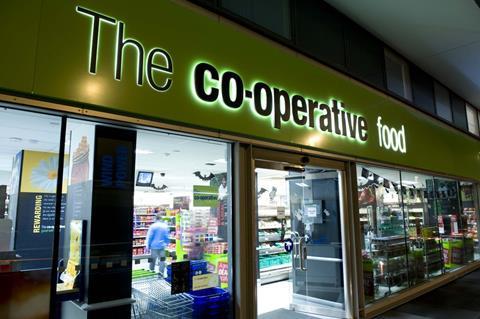 Bracken will join the mutual as chief digital officer in October and will be responsible for “driving the group’s digital content and strategy” the Co-op said.

Bracken, who will have a place on the group’s executive committee and report directly to chief executive Richard Pennycook, will have a particular focus on developing digital engagement with the retailer’s members.

He joins the Co-op having worked for the Cabinet Office as executive director of digital since 2011. He recently took on the dual role of the Government’s chief data officer, but it was revealed earlier this month that he would be leaving the post.

During his time in the position Bracken has led a “transformational approach to public services”, creating “simpler, leaner and faster services” on its website, Gov.uk.

Before joining the Government, Bracken spent almost four years as digital development director at Guardian News and Media and was a director at technical services company Wavex.

He was awarded a CBE in the 2014 New Year’s Honours list in recognition of the digital transformation of public services and for working to develop grassroots football in the borough of Hackney.

Co-op group chief executive Pennycook said: “Mike brings with him outstanding and ground-breaking industry experience and will make a major contribution to our long-term recovery.

“His appointment is another clear demonstration that we are attracting the best talent in Britain as we rebuild our business.”

Bracken, whose appointment is subject to SRA approval, said: “I’m delighted to take on this exciting role with the Co-operative. The group’s ambition to deliver an improved digital experience for members will be fundamental to achieving the rebuild programme it has embarked upon.”