A regional Co-op chain accidentally offered customers a 20% discount across its entire store estate, costing it more than £40,000 in sales.

The East of England Co-op was supposed to implement the discount at just one of its stores, in Clacton, as of Tuesday December 1.

But a “technical glitch” in the retailer’s computer systems meant the cut-price deals were brought in across 140 shops in Essex, Norfolk and Suffolk.

“It was a technical glitch that brought an unexpected but welcome surprise for our customers in the run up to Christmas.”

The East of England Co-op was made aware of the problem after around an hour, but it was unable to correct the fault until the following day.

By that time, the business had lost around £43,000 in revenue as a result of the error.

The 20% discount, which does not apply to alcohol, tobacco or fresh food, will remain in place at its supermarket in Bull Hill Road in Clacton until December 31, when the store will be shuttered. 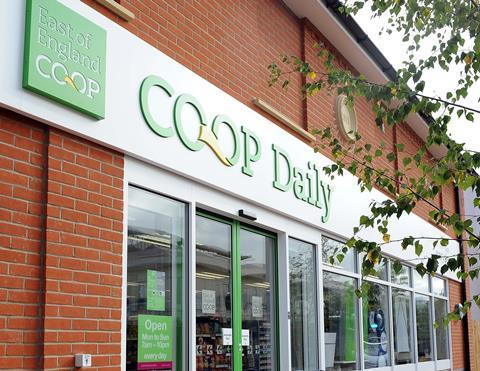 The East Of England Co-op accidentally offered customers a 20% discount across its store estate, costing it £43,000 in revenue.

Roger Grosvenor, executive officer for retail at the East of England Co-op, said: “Last Tuesday we were made aware that a 20% discount that was originally planned for just one of our supermarkets had accidentally been applied to all of our food stores. This was then rectified and all pricing went back to normal.

“Customers did receive a total value of £43,000 in discounts but we also saw an increase in sales. It was a technical glitch that brought an unexpected but welcome surprise for our customers in the run up to Christmas.”

The East of England Co-op said sales increased around 4% on the days of the unintended discount, but it is unclear whether the uplift was driven by the error or was simply a result of shoppers buying more in the build-up to Christmas.