Asda’s reputation for value dwarves that of its rivals, despite Tesco’s Big Price Drop marketing push. 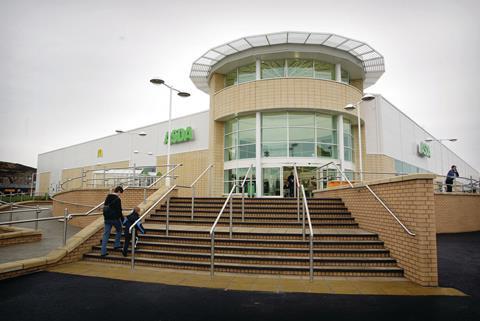 The Walmart-owned supermarket’s reputation for value dominated consumer attitudes, exclusive ICM research for Retail Week revealed. 46% of those polled ranked Asda the best grocer for value, while its nearest rival Tesco lagged with only 19%.

An Asda spokesman said: “We continue to lead on price and we know our customers are thrilled at the change we’ve made on quality.”

ICM project manager Anna Johns said changes to Tesco’s reward scheme may have influenced opinion. She said: “Tesco has had a bit of a backlash since dropping its double Clubcard points offer.”

Kantar said Iceland delivered its strongest performance in 10 years rising from 1.9% last year to 2.1% year-on-year. Bids for the retailer were submitted on Tuesday.

A Sainsbury’s spokeswoman said: “Everyone at Sainsbury’s takes great pride in the quality of our food and high standards of customer service so it’s fantastic that customers have recognised this.

“Beyond this our Brand Match technology is working hard to let customers know we are as keenly priced as our competitors on branded goods. Customers are really responding well to the initiative, something that our record customer numbers over Christmas will testify.”

A spokesman for Tesco said: “We speak to thousands of our own customers regularly for their views on how we’re doing, what is great at Tesco and what can be better. We are delighted that millions of people choose to shop at Tesco each week but take nothing for granted and work hard to consistently improve every aspect of the shopping experience.”