Aldi will grow its London store estate by 50% this year as part of ambitious plans to reach the 1,000-store mark by 2022. 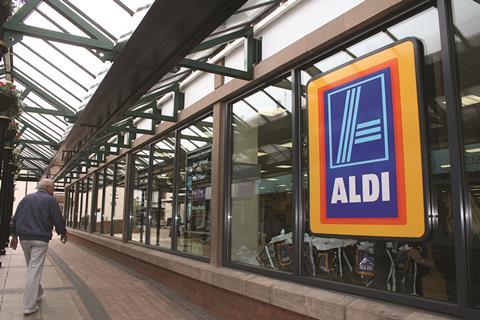 The discounter will open nine stores in and around the capital by the end of 2015, taking its portfolio of sites in Greater London to 25.

Aldi bosses have placed London expansion at the heart of their expansion strategy, but have previously struggled to find suitable locations.

Today the supermarket chain revealed it will open stores in Ewell, Enfield, South Norwood, Tooting, Dartford, Ilford, Romford and Coulsdon during 2015. It follows the opening of a store in New Malden last month.

“Aldi is committed to investing in the UK and Greater London is a key area of growth for the business.”

Aldi already has 16 stores in Greater London, with three more in the centre of the city – in Old Kent Road, Tottenham High Road and Kilburn High Road – taking its current total in and around London to 19.

The grocer unveiled the plans just hours after it overtook Waitrose as the UK’s sixth largest supermarket, according to Kantar figures.

Aldi notched up 5.3% market share in the quarter ending March 29, compared with Waitrose’s 5.1%.

The discounter achieved sales growth of 16.8%, the highest rate of growth in the sector during the period, despite being slower than its recent performances. Its upmarket rival’s sales increased 2.9% during the quarter.

Aldi chiefs said the new Greater London stores would provide shoppers in the area with “a new retail proposition” which would bring hundreds of jobs to the region.

Aldi joint managing director of buying Tony Baines said: “Aldi is committed to investing in the UK and Greater London is a key area of growth for the business.

“With this will come a significant number of job opportunities for the Greater London area for both our existing and forthcoming stores.”