Gilly Hicks opens with a splash in Cardiff 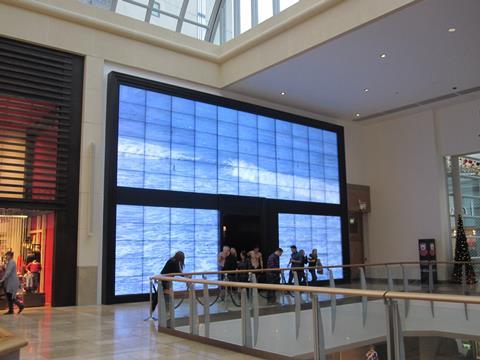 Internally, the store is similar to the branch that opened in Westfield London last year, but the exterior features a double-height digital video screen carrying film and images of beach and ocean, a first for the brand in the UK.

The logo, “Gilly Hicks Sydney”, is incorporated within the screen and the film this morning was of Bondi beach. The store entrance was patrolled by trim young men and women in beachwear - the norm for the brand.