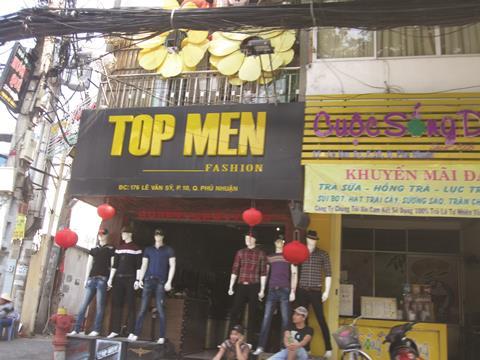 It is time for the Golden Globes and Oscars to move over. The new prize on (nearly) everyone’s mind is the prestigious Golden Pillow.

The much coveted pillow-shaped award goes to the Dreams store that receives the best customer feedback. The inaugural award was won by the staff of the Doncaster branch, who have all been given a holiday of a lifetime as their reward.

Dreams chief executive Mike Logue and the rest of the executive team have promised to cover for the store’s management team when they jet off.

The Golden Pillow is truly the stuff that dreams are made of.

If any shoppers visited Vietnam recently they could be forgiven for thinking Waitrose had expanded into the country.

On our travels, Retail Week spotted this Waitrose shopping bag, which had travelled about 6,000 miles. Now that’s a quality plastic bag.

Meanwhile, Topshop also seems interested in the region with the launch of a Topman, oh wait, that’s Top Men fashion where each mannequin wears a rather dashing hat.

Comedian Kim Noble has been posing as an employee in his local B&Q for most Saturdays for over a year, going unnoticed thanks to his homemade uniform – orange pinny included.

Noble began ‘working’ in B&Q in order to take footage for his ‘You’re Not Alone’ show, which is running in London until March 7. Despite having collected enough footage he says he continues to put in shifts at the DIY retailer – and B&Q has failed to notice that it has acquired an extra employee free of charge.