Retail diary: PetSmart digs its claws in as Djokovic hits up Uniqlo

PetSmart uncovers the secret life of pets, Tesco’s board are left feeling under the weather and Novak Djokovic hits up Uniqlo just in time for Wimbledon.

When a new children’s film is released it’s only natural for kids to go crazy over the merchandise associated with it. Think of all the millions made from Frozen, with children everywhere clutching tight onto their Elsa dolls and parents subjected to repeat listening of the soundtrack.

In the past, animals’ needs when it came to film merchandise had been largely ignored. Until now…

As animals worldwide gather to watch The Secret Life of Pets at cinemas upon its release on July 8, US pet-speciality retailer PetSmart has digged its claws in and thought hard about how to best serve its canine customers. We can only speculate on the kind of customer-rich research that must have been involved, but dogs will be woofing in joy and cats meowing in delight with the news that PetSmart is releasing cat and dog beds featuring the two key characters Gidget and Duke, as well as a range of squeaky toys.

Does your cocker spaniel have a touch of Mariah Carey about it? Diva dogs can get their paws into one of PetSmart’s grooming salons for a special service involving coconut-infused shampoo, moisturising coconut balm paw massage and a bandana. Yes, a bandana.

Dog and cat owners will be hoping there’s no sequel planned.

Tesco’s board left feeling under the weather at its AGM

Tesco’s senior management team faced a backlash at its AGM after shareholders struggled to get to the event.

The supermarket held its annual meeting at London’s Excel centre on the day of the EU referendum – and travel plans were thrown into further chaos when a thunderstorm overnight caused flash flooding across the capital.

One angry investor pressed the board on why they didn’t delay the start of the AGM as a result of the downpours, prompting chief executive Dave Lewis to hit back: “I don’t control the weather.”

Many a fashion retailer will be disappointed by that revelation.

Djokovic hits up Uniqlo just in time for Wimbledon

Ahead of taking to the grass at Wimbledon, Novak Djokovic stepped into Uniqlo’s Oxford Street flagship.

He wasn’t just there to top up on sweatbands though. The tennis superstar was there for the launch of Uniqlo’s gamewear range. The Serbian champ, and the first man to hold four grand slam titles since 1969, held a Q&A session with some delightfully athletic children and was presented with a cake commemorating his record (Andy Murray is hoping to make a click-and-collect order of that purchase).

Let’s hope the tennis player will keep up with the pace of the fast-fashion retailer on court. 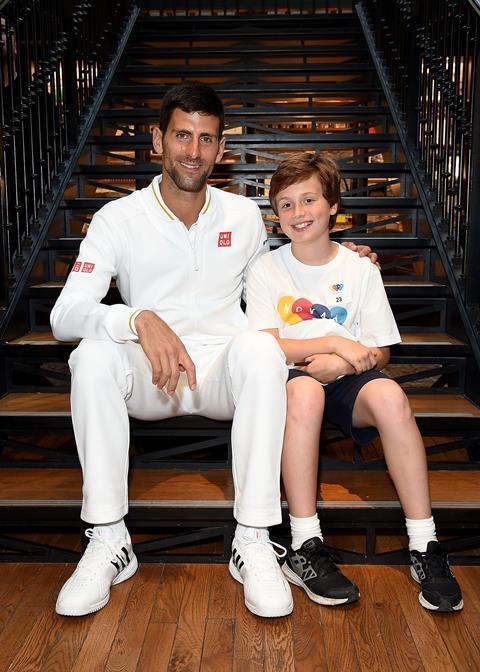