Argos today reported a 1.9% sales increase to £515m in the eight weeks to February 27, as the battle to acquire the business intensifies.

Home Retail boss John Walden was confident that the retailer’s increased sales combined with the cash injection from the group’s recent sale of Hombase would increase Argos’ appeal to both Sainsbury’s and Steinhoff.

“We have successfully added more value to our business in this quarter, which we believe has clear value,” he said.

Both Sainsbury’s and Steinhoff have been set a “put up or shut up” deadline of March 18 to make a formal bid for the retailer.

Sainsbury’s had looked set to tie up a £1.3bn deal for the remainder of Home Retail before Steinhoff trumped it at the 11th hour, with a potential offer valuing the group at £1.4bn.

Walden hinted that Home Retail could ask for a further extension as all three businesses involved in the process continue to weigh up their options.

“I wish we could say the process will be completed by next Friday, but it is a serious decision for our company and we have to let the process run its course”

“We don’t have a specific process – we are waiting for firm offers,” he said.

“The deadlines for both parties are a week tomorrow. At this stage, rather than have a brown envelope process, we need to wait and see if there are firm offers forthcoming.

“I wish we could say the process will be completed by next Friday, but it is a serious decision for our company and we have to let the process run its course.”

Walden declined to express a preference when asked which offer was more attractive to Argos, but said that “topline value alongside ongoing strategy and career progression for existing employees” would factor into the board’s decision. 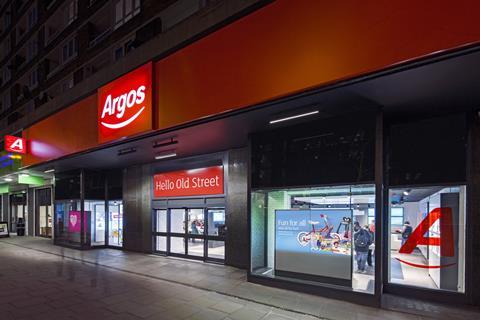 Walden dismissed the possibility of Argos stores closing if a takeover by Sainsbury’s or Steinhoff went ahead.

“We are confident that the reason concerned parties have expressed interest is because of what we and our colleagues have already achieved at Argos and that we would continue to be successful,” he said.

At Homebase, like-for-likes rose 3.3% over the eight-week period.

Wesfarmers had already unveiled plans to rebrand the business under its Bunnings fascia before Retail Week revealed that the Homebase board had been culled as the Australian giant brings in its own leadership team to shake up the UK DIY sector.

Walden said of the controversial move: “Considering Homebase was our business, you could not expect me to be thrilled with the decision.

“Wesfarmers owns the business and have to do what they think is best. However, I think we had great people in place there and I am sure they will be successful in whatever they choose to do next.”